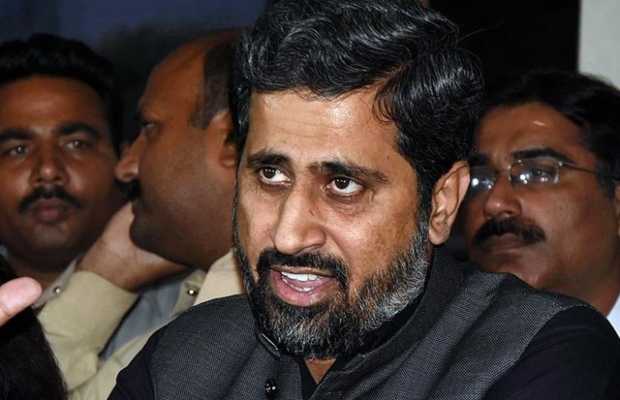 Fayazul Hasan Chohan, who holds the portfolio of Punjab prisons minister, has been reappointed as the provincial government’s spokesperson following the resignation of Dr. Firdous Ashiq Awan last week.

“Chief Minister has been pleased to appoint Mr. Fayaz-ul-Hassan Chohan, Minister for Prisons, Punjab, as Official Spokesperson for the Government of Punjab till further orders,” reads the notification.

The notification implies that Chohan will continue to hold his ministry along with this new charge for now.

“Further necessary action may be taken accordingly,” the notification, signed by the principal secretary to the chief minister, added. 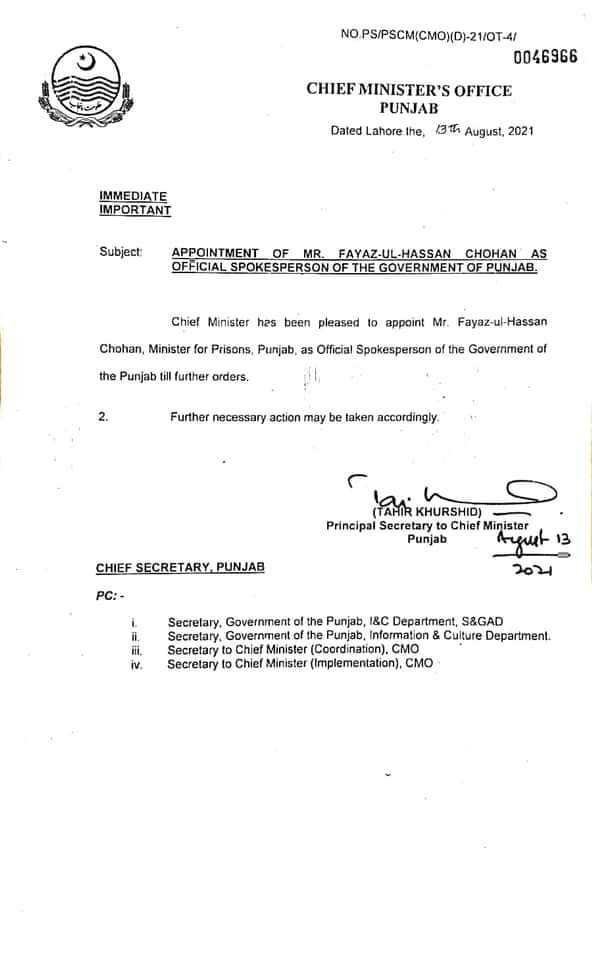 Following the announcement of his appointment, Chohan has expressed gratitude to the leadership for giving him the “additional responsibility of the provincial government spokesperson”.

He said as the Punjab government spokesperson, “my basic agenda will be to present to the public the [provincial] government’s achievements.”

He also vowed to “expose the conspiracies against the Buzdar government”.

Dr. Firdous Ashiq Awan, who resigned last week as the special assistant to the Punjab chief minister on information, had replaced Chohan in November last year when the latter was removed as information minister in Buzdar’s cabinet.