The bureau said that it was surveying for new tax filers when they came to know about the purported tax evasion. 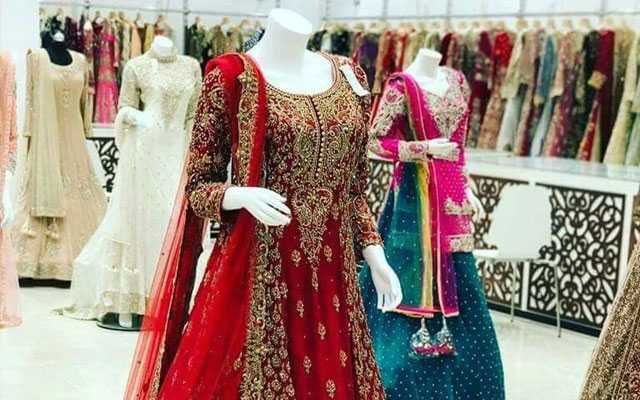 The Federal Board of Revenue (FBR) on Wednesday has issued warnings to 24 famous bridal dress designers for allegedly being involved in tax evasion, reports claimed.

As per the notification sent by FBR, some bridal dress designers paid ‘inadquate’ tax while many have not filed tax even a single time.

The designers who are involved in “massive tax evasion” are making millions from a single dress, stated in FBR’s notification, adding that “their returns are being analyzed and desk audit is being conducted”.

The bureau said that it was surveying for new tax filers when they came to know about the purported tax evasion. 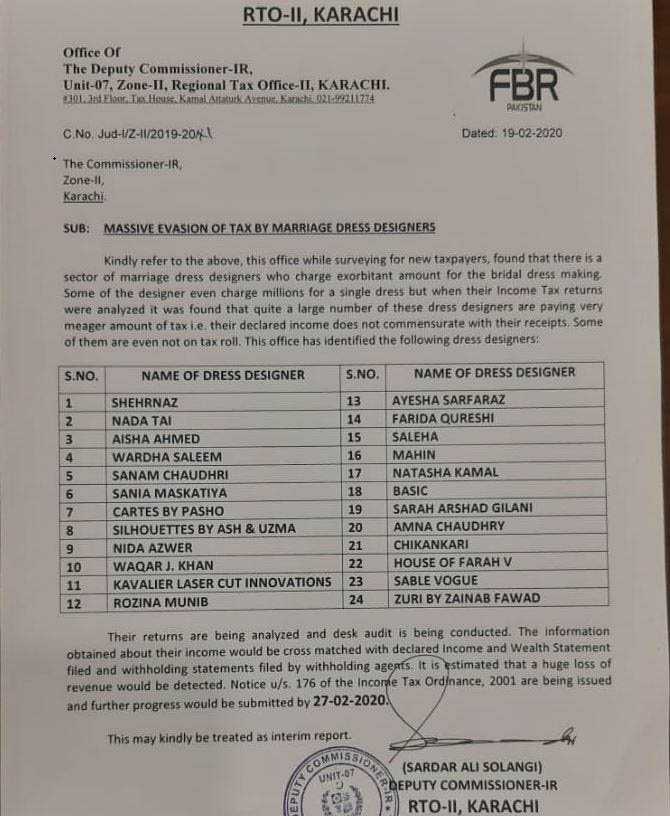 “The information obtained about their income would be cross matched with declared income and Wealth Statement filed and withholding statements filed by withholding agents. It is estimated that a huge loss of revenue would be detected,” read the notification.

The names of well-known designers who were issued notices by FBR are Wardha Saleem, Sania Maskatiya, Amna Chaudhry, Natasha Kamal, Saleha and  many others.