The federal government has announced a public holiday to be observed on Iqbal Day, Nov 9.

The government has notified of the decision in this regard on Tuesday.

A notification from the Prime Minister’s Office stated that the prime minister has approved observing November 9 as a public holiday from now onwards. 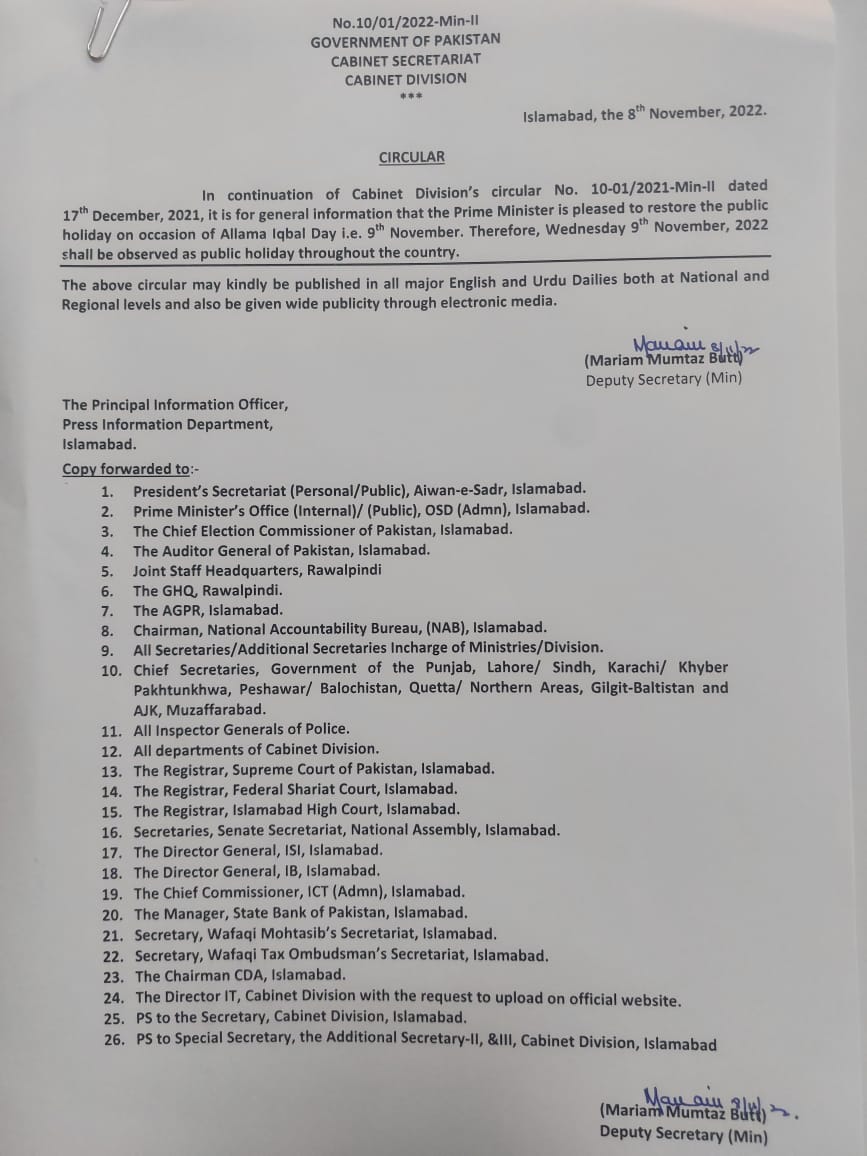 Iqbal day is organized and celebrated on 9 November every year in all the provinces as a tribute to Allama Muhammad Iqbal, the “Poet of the East”.

The day was a public holiday in all provinces and federal administrative areas of Pakistan.

It was in 2015 that the then Interior Ministry abolished the public holiday on November 9.

Iqbal was born on 9 November 1877 in Sialkot, within the Punjab Province of British India (now in Pakistan).

The Government of Pakistan has officially declared Allama Iqbal as the national poet.