Though we live in Pakistan, federal minister defends petrol price hike by comparing to the world 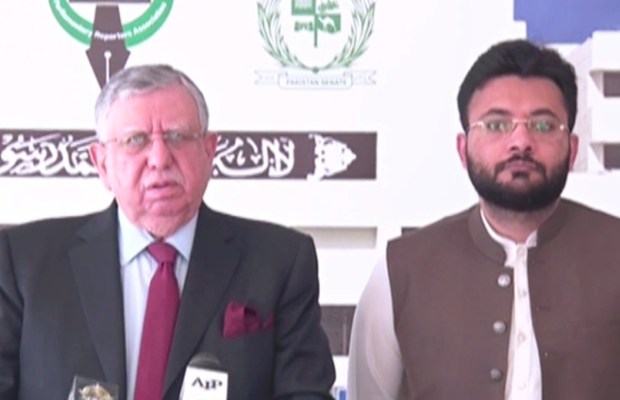 Though we live in Pakistan, the federal minister defends petrol price hike by comparing it to the world.

Finance Minister Shaukat Tarin came out to pacify the public after the petrol price hike by holding a press conference. The Finance minister said that the government has absorbed much of the impact by reducing the petroleum levy.

Finance Minister Shaukat Tarin on Friday in a press conference in Islamabad, defended the government’s decision. He said that petrol prices in Pakistan were cheaper than the rest of the region and the world, adding that only 16 countries had lower prices — all of them being oil producers themselves.

Accompanied by Minister of State for Information Farrukh Habib, Tarin said: “There are only 16 other countries which have lower petrol prices than ours. They are oil producers and have their own oil.”

The finance minister added that Pakistan had cheaper petrol prices than other regional countries as well, such as India and Bangladesh.

“We are cheaper than the [rest of the] region and the world as well. Do we want to reduce it (petrol price) further? absolutely,” Tarin said.

“We are not even charging [petroleum] levy even though we have kept a target of Rs600 billion for it in the budget. But we and the prime minister didn’t care for it.

“The prime minister said that we can’t burden the people further so this is a signal [about] what feelings the current ruler has for the poor,” the finance minister added.

On the other hand, Pakistanis took to social media to express their disappointment and distress over the government’s decision to increase the petrol price by Rs4 per litre.

#PetrolPrice Increased to Rs. 127.30 per liter! Dollar crossing Rs. 171- the highest ever in the history of Pak.
No more support for IK and enjoy living in so called Naya Pakistan. Many fairy tales begin with “If I’ll elect, I promise….”
May Allah Bless us with True Leaders!

Price of Petrol is further increased by 4 Rs. Now, One liter of Petrol is 127.30 Rs 😡. If it's Continue to increase this rate, soon in few months , it will touch 150 Mark.
#PetrolPrice pic.twitter.com/X1OGov1JQ6

If government hike prices once then business owners increase price ten times and blame government for it & there is nobody to stop them.
Obviously GOVT has failed to control inflation.

Control "Mehngai" otherwise you guys will cry in 2023.#PetrolPrice#جاگ_اٹھو_مہنگائی_کے_خلاف

If government hike prices once then business owners increase price ten times and blame government for it & there is nobody to stop them.
Obviously GOVT has failed to control inflation.

Control "Mehngai" otherwise you guys will cry in 2023.#PetrolPrice#جاگ_اٹھو_مہنگائی_کے_خلاف