A team of the anti-corruption department had also raided the house of Chaudhry Tanveer in Rawalpindi to arrest him two days ago. 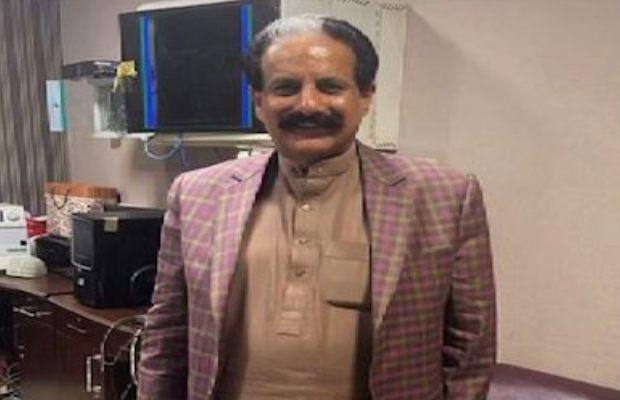 As being reported PML-N leader was trying to flee the country on Friday.

PML-N’s former parliamentarian has been wanted in an Anti-Corruption Establishment (ACE) case.

He is accused of constructing an illegal house and a plaza on occupied land which led to the registration of a case with the ACE.

According to the FIA officials, the politician will be handed over to the ACE team upon their arrival in Karachi.

ACE Rawalpindi team departed for Karachi to take him in custody.

According to the sources, a team of the anti-corruption department also raided the house of Chaudhry Tanveer in Rawalpindi to arrest him two days ago.

In 2019, the Federal Board of Revenue (FBR) Benami zone had filed a reference against then-Senator Chaudhry Tanvir.

According to FBR, Tanvir owned 7,125-Kanal land and his property worth more than Rs15 billion, whereas, the land was registered with the names of his watchman, security guard, and a gunman.

On March 8, 2022, a case had been filed against Chaudhry Tanvir over the complaint of RDA Amara Khan in which the officers of different government departments were nominated under sections of cheating, fraud, manipulation in property documents.