The arrests have been from Karachi, Hyderabad, Sukkur, and Ghotki under the accusation of harassing women and child pornography. 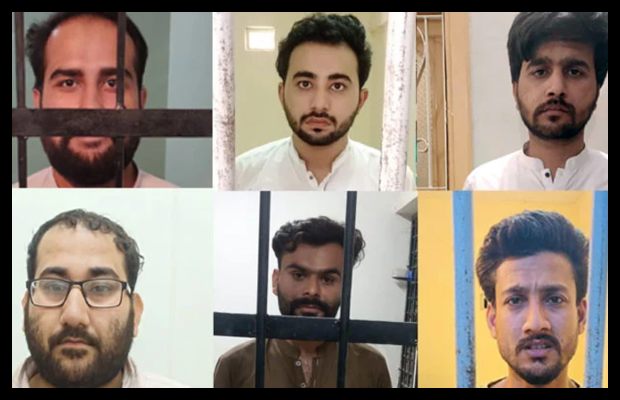 The arrests have been from Karachi, Hyderabad, Sukkur, and Ghotki under the accusation of harassing women and child pornography.

According to sources of FIA, two accused have been identified as Majid Mahmood and Mohsin Ali.

Whereas, accused Zubair was arrested from Karachi on the complaint of Interpol.

Accused Ameer Lond was arrested from Hyderabad while indecorous videos of 20 girls were recovered from him.