FIA has traced at least four bank accounts of the PTI that were used for receiving prohibited funding. 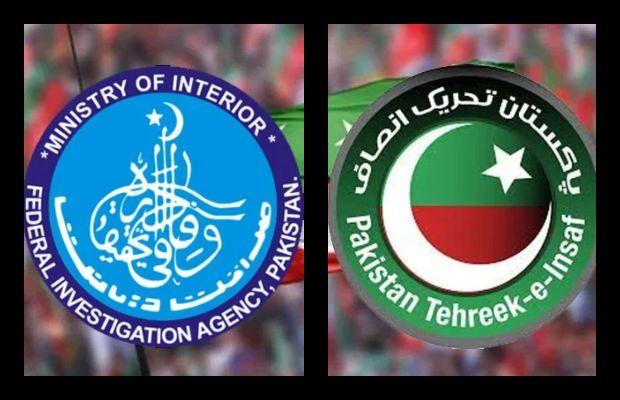 Following this, a total of six inquiries have been opened simultaneously in Islamabad, Lahore, Peshawar, Quetta, and Karachi.

In a major development in the prohibited funding case against PTI, the FIA has claimed to have traced at least four bank accounts of the party that were used to receive money from abroad.

In the course of the investigation, FIA has summoned former National Assembly speaker and senior PTI leader Asad Qaiser and Punjab Minister Mian Mahmood-ur-Rashid along with Imran Ismail and Seema Zia.

After receiving the summon, Asad Qaiser in a tweet said: “I want to tell the imported government that we are not afraid of such filthy tricks. The imported government should avoid using the national institutions for taking political revenge,” he said, advising them to sow as much as they can bear later.”

As reported, on Saturday the FIA had called four employees of the PTI secretariat to investigate the money laundering and embezzlement in the funds, and also recorded statements of these employees.

Five investigation committees have been formed comprising three members each in different cities, while a committee has been set up at the headquarters for coordination.

The committees will proceed with the investigation in line with the directions of the ECP.

tweet
Share on FacebookShare on TwitterShare on PinterestShare on Reddit
Saman SiddiquiAugust 7, 2022
the authorSaman Siddiqui
Saman Siddiqui, A freelance journalist with a Master’s Degree in Mass Communication and MS in Peace and Conflict Studies. Associated with the media industry since 2006. Experience in various capacities including Program Host, Researcher, News Producer, Documentary Making, Voice Over, Content Writing Copy Editing, and Blogging, and currently associated with OyeYeah since 2018, working as an Editor.
All posts bySaman Siddiqui