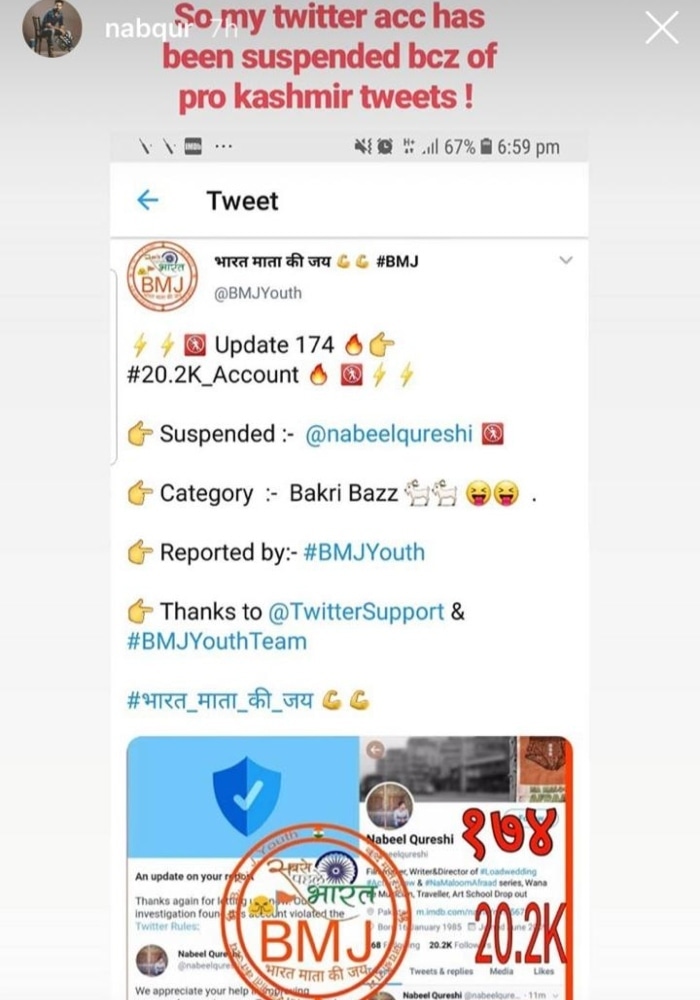 This has happened as the trolls are targeting major accounts to get suspended. Earlier, former Pakistan hockey team captain, Fasi Zaka’s account was temporarily suspended.

Just got out of @Twitter jail after being suspended on account of the Bakht group below (did a coordinated reporting of impersonation against my account). Account back but minus 60K followers. Thanks @nighatdad @UsamaKhilji @FariehaAziz and Annie Zaman for their really kind help. https://t.co/OOQPSB6Bpm

The Load Wedding director has shared his views about his account suspension with the Images, saying that it probably happened because of some pro Kashmir tweets, since some BMJ Youth Twitter account in India has got it suspended.