The IMF official has suggested ending subsidies and concessions in sales tax of over Rs300 billion besides bringing more and more people into the General Sales Tax (GST) net. 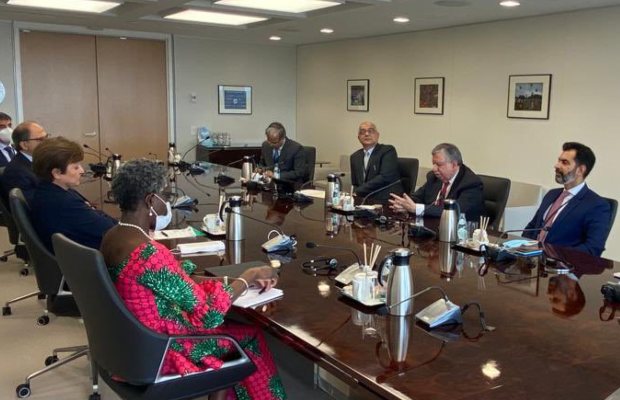 Finance Minister Shaukat Tarin is in Washington to negotiate with the IMF!

Federal Minister for Finance Shaukat Tarin had a meeting with the IMF Managing Director (MD) Kristalina Georgieva in Washington yesterday (Friday) during which he and the IMD chief discussed the Fund’s programme for Pakistan.

According to the news source, despite efforts by Federal Minister for Finance Shaukat Tarin to seek the International Monetary Fund’s (IMF) support for the government’s economic policies, the latter rejected his proposal of not withdrawing the subsidies announced to facilitate the masses.

While back at home, the increase in petroleum and electricity prices was announced as Finance Minister Shaukat Tarin concluded his Washington visit.

As being reported, if negotiations are successful the IMF will immediately disburse $1 billion to Pakistan.

Other than abolishing or significantly reduce all kinds of subsidies, the IMF has also demanded the privatization program be expedited and that a timeframe be set for the auction of loss-making state-owned companies, sources report.

The IMF official has suggested ending subsidies and concessions in sales tax of over Rs300 billion besides bringing more and more people into the General Sales Tax (GST) net.

However, the sources added, the IMF had shown flexibility on the issue of not ending tax exemption on life-saving drugs.