Video clip of the incident goes viral on social media 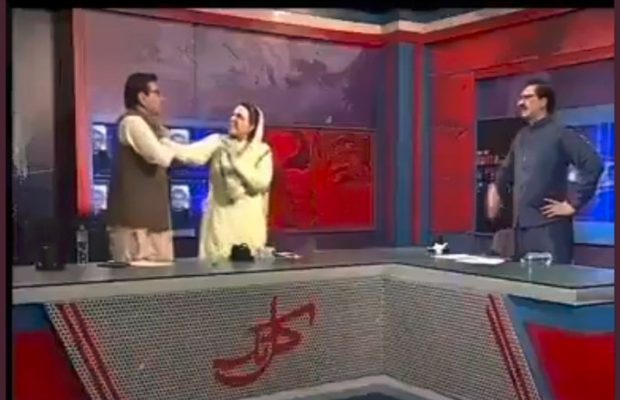 The video clip from the Express-News talk show hosted by Javed Chaudhry is now doing rounds on social media showing PTI leader Firdous Ashiq Awan and PPP MNA Mandokhel hurling accusations of corruption on each other.

And after the live show was switched off, Firdous Ashiq Awan slapped Mandokhel that was caught on camera and made viral afterwords.

How unfortunate for journalism, when the anchor who is supposed to be a neutral moderator, when saw this coming did not intervene to cut the ongoing arguments and let the situation got worsen.

Check out the clip below: 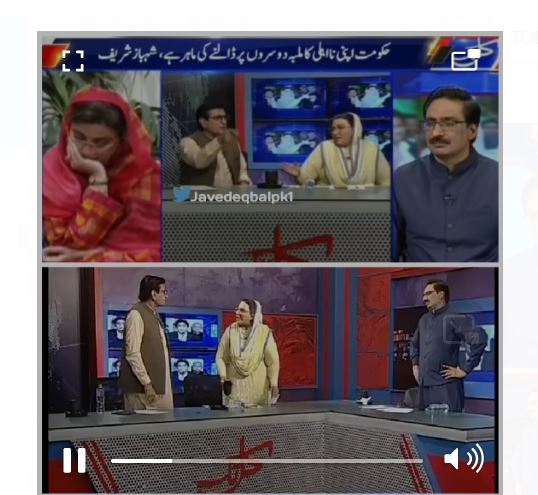 Dr. Firdous Awan said that a part of the video clip being shared on social media was telling just one side of the story and asked the TV channel to release the full video of the incident.

“During the talk show, PPP’s Qadir Mandokhel threatened me. He insulted my late father and me by using abusive language. I had to take an extreme step in my defence,” Awan added.

tweet
Share on FacebookShare on TwitterShare on PinterestShare on Reddit
Saman SiddiquiJune 10, 2021
the authorSaman Siddiqui
Saman Siddiqui, A freelance journalist with a Master’s Degree in Mass Communication and MS in Peace and Conflict Studies. Associated with the media industry since 2006. Experience in various capacities including Program Host, Researcher, News Producer, Documentary Making, Voice Over, Content Writing Copy Editing, and Blogging, and currently associated with OyeYeah since 2018, working as an Editor.
All posts bySaman Siddiqui