Dubai Explosion: Fire in a container on a ship docked at Jebel Ali Port successfully extinguished

A fire was caused by an explosion within a container on a ship docked at the port, while no casualities were reported. 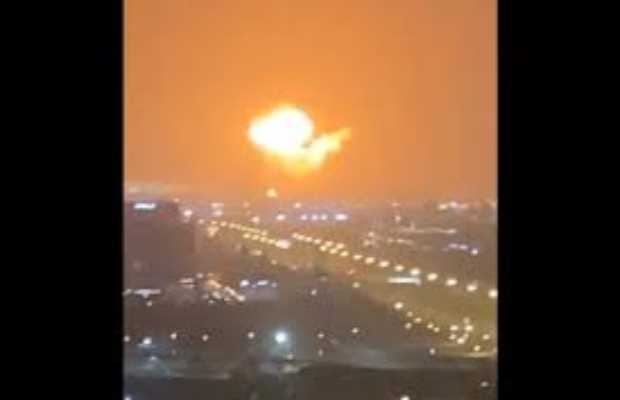 A huge fire that has erupted after a power full blast at Dubai’s Jebel Ali Port was successfully extinguished.

An explosion shook the commercial hub of the United Arab Emirates on late Wednesday night in a container ship anchored at one of the world’s largest ports in Dubai, the authorities said.

The Dubai government in a statement issued early Thursday said that the emergency services had brought the blaze under control.

A fire caused by an explosion within a container on board a ship at Jebel Ali Port has been brought under control; no casualities have been reported. pic.twitter.com/iLdS3zEegW

“A fire has been reported to have broken out in a container within a ship anchored in Jebel Ali Port. A Dubai Civil Defense team is working to put out the blaze,” Dubai Media Office said in a tweet on their official account.

There were no casualties and said port authorities had taken measures to ensure normal shipping was not disrupted, DMO said.

Meanwhile, according to the Dubai Police, the blast might have been caused by “friction or high temperatures” during hot summer weather, Al Arabiya reported.

Many took to social media reacting to the last night’s powerful blast in the city as details were not known immediately.

JUST IN – Massive explosion in #Dubai at Jebel Ali Port.pic.twitter.com/ZzRLj8vyBj

Not confirmed: explosion of an oil tanker at Jebel Ali port in #Dubai.

Watch the government react in 5 minutes instead of 11 months and counting.

To all those with PTSD in Dubai, hope you’re okay. pic.twitter.com/0z3PbWmuYM

This container ship #blast in #Dubai was powerful enough to be seen from space.

Watch this video from @eumetsat's #Meteosat, in the centre you'll see the quick flash of the explosion. https://t.co/6eraoi2T20 pic.twitter.com/ivIHOVwkVC