Sindh govt bars 142 clerics and speakers from leaving their districts

The list includes speakers from all schools of thought. 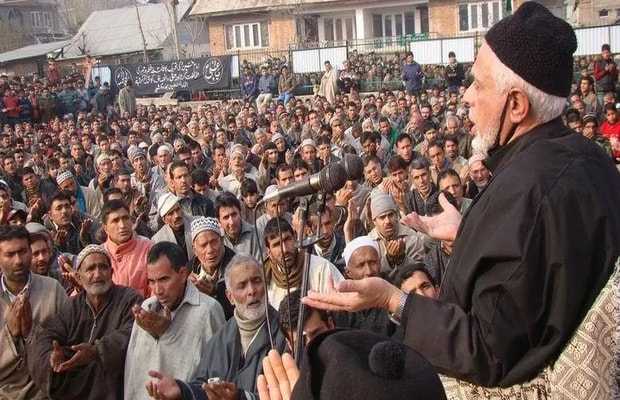 The government of Sindh has barred at least 142 clerics, speakers, and scholars from leaving their districts, according to a notification issued by the home department on Sunday.

The decision is aimed at barring the firebrand speakers from creating a law and order situation in the month of Muharram.

The home department’s notification stated that the order will remain in place for 60 days with immediate effect.

According to the official notification,  the speakers and scholars are banned from entering all districts in the province.

The list includes speakers from all schools of thought.

“There are reasons to believe that they will make inflammatory speeches or indulge in activities prejudicial to public safety and maintenance of public order in the other districts of Sindh,” it added. 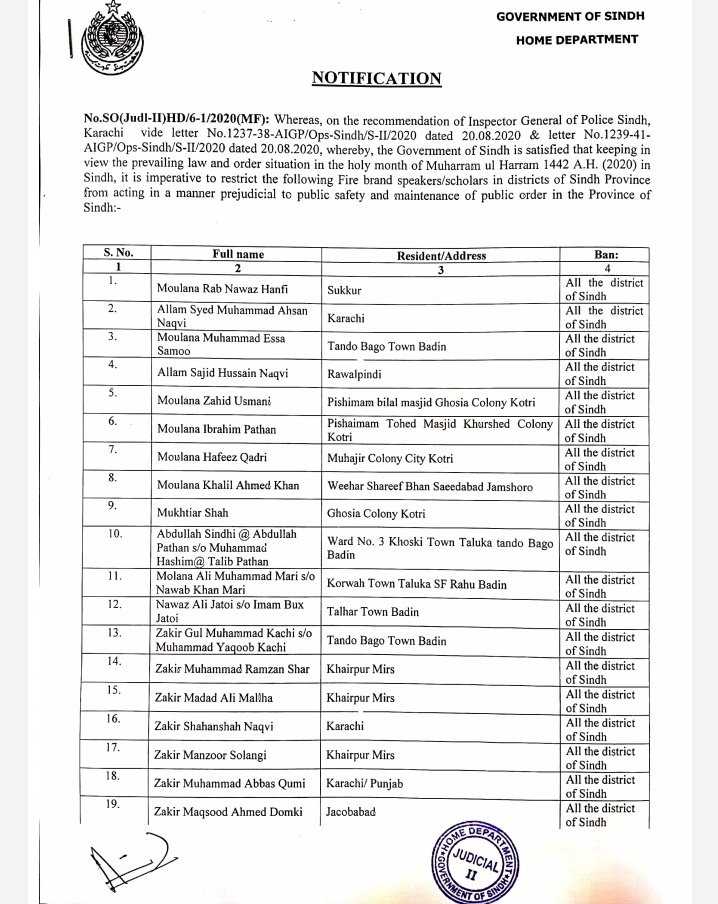 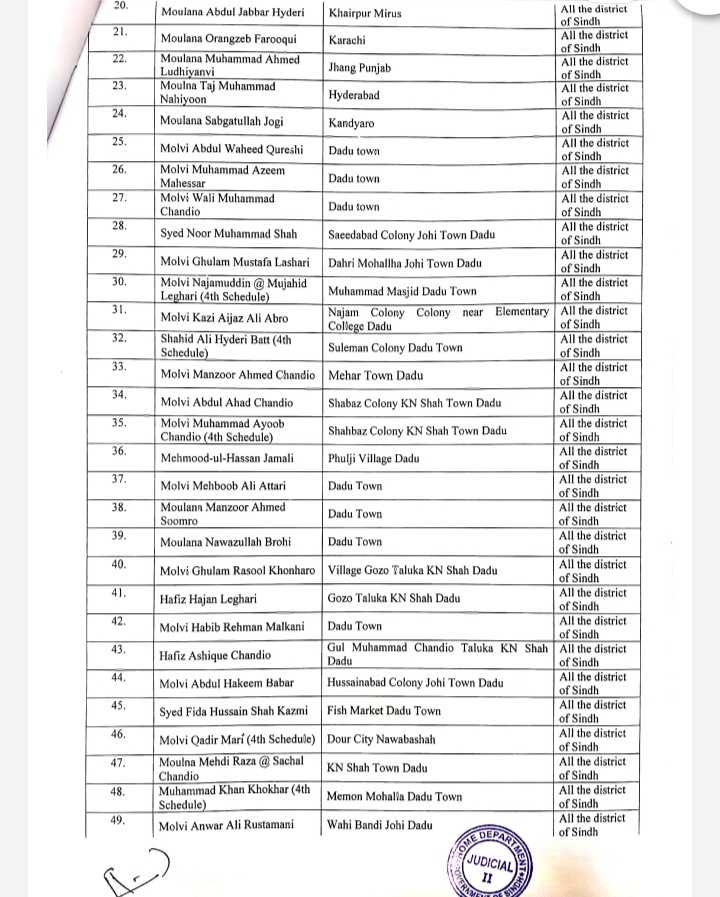 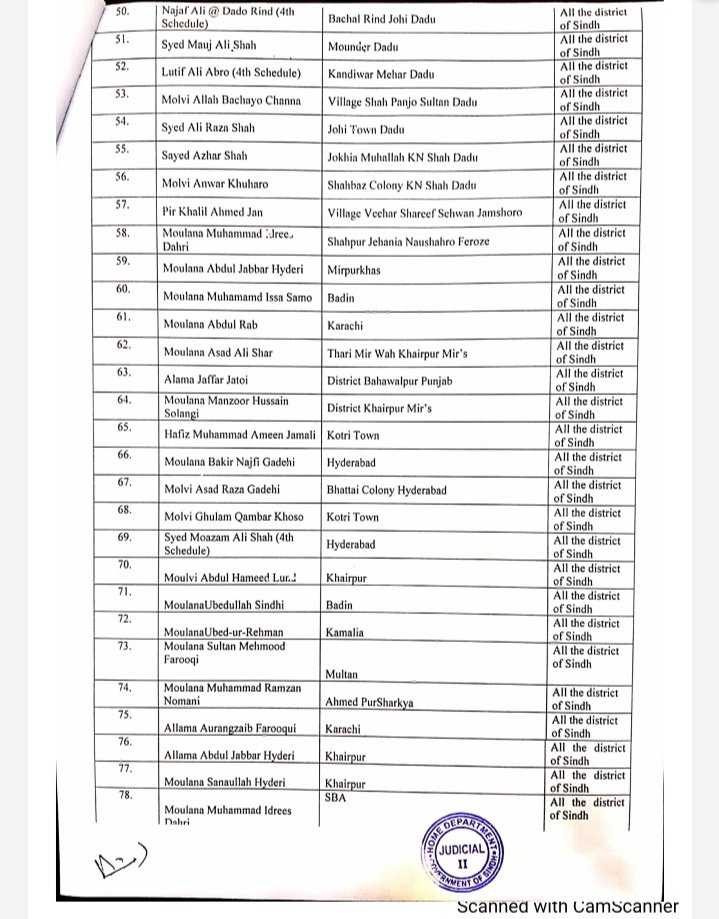 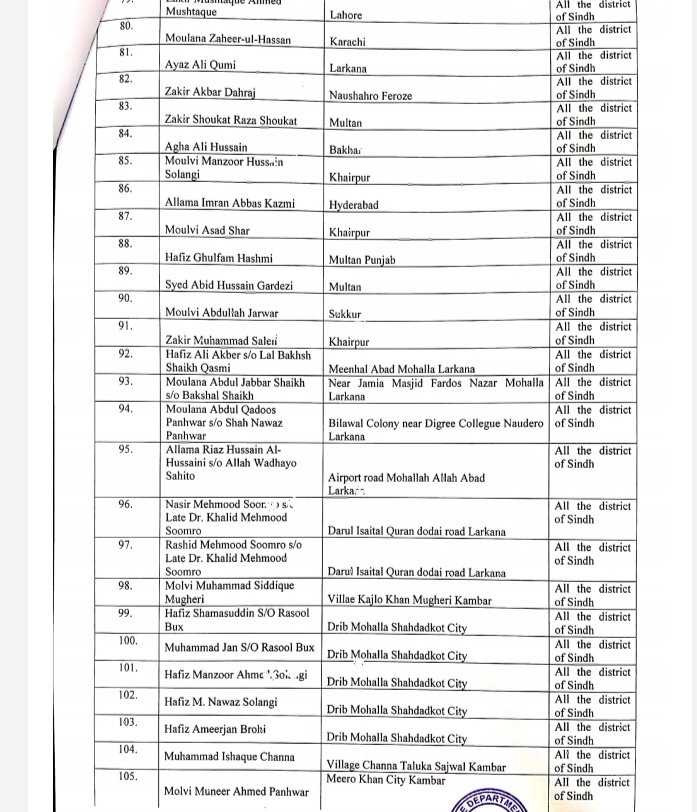 However, a clarification was issued later that the name of Allama Syed Shahenshah Hussain Naqvi was not on the list. 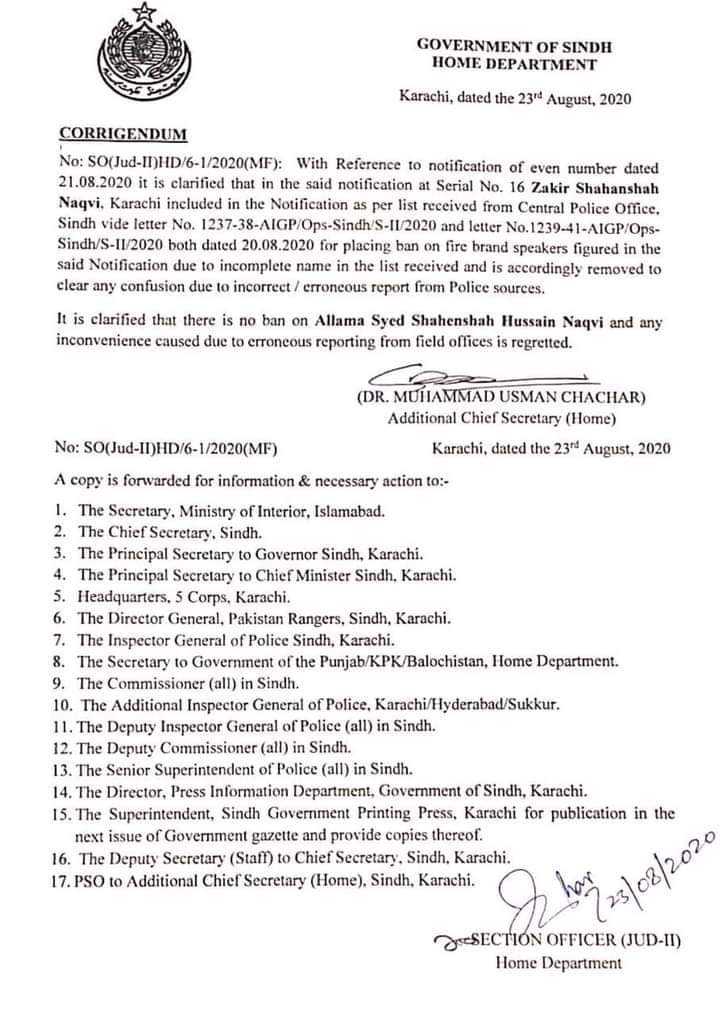