First of Ramadan to fall on April 13 in Saudi Arabia; Crescent not sighted in Kingdom 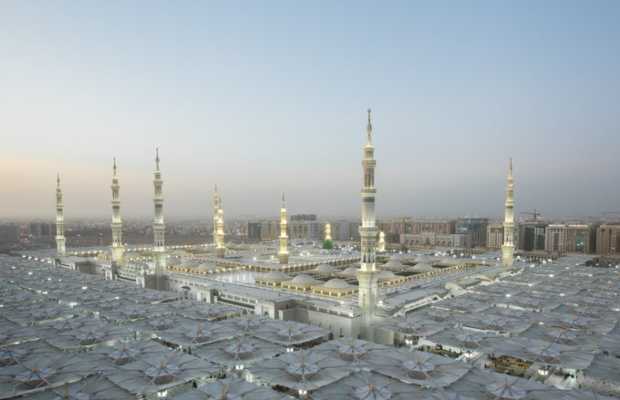 Saudi Arabia’s Supreme Court had called on all Muslims throughout the Kingdom to sight the crescent of the holy month of Ramadan on Sunday evening, Sha’ban 29, 1442 AH, corresponding to April 11, 2021.

Sheikh Abdul Rahman Al Sudais, head of the Presidency for the Affairs of the Two Holy Mosques, announced that the Taraweeh prayers will be shortened to 10 Rakat, instead of 20 Rakat, and that will be strictly in compliance with the precautionary measures and preventive protocols, prepared by the presidency and other relevant agencies involved in serving the pilgrims and ensuring their safety from coronavirus.

“King Salman and Crown Prince Mohammed bin Salman are continuously following up on everything that would provide the best services for the pilgrims and worshipers during the unprecedented season. The presidency has equipped its full human and mechanical capabilities to serve pilgrims and worshipers during Ramadan in cooperation with all parties involved in serving the guests of God,” he said.

Earlier, Saudi authorities allowed the performance of Umrah and prayers at the Two Holy Mosques during the holy month.

As per the new restrictions, children will not be allowed to accompany pilgrims and worshipers.

The holy month of Ramadan is observed by more than 1.8 billion Muslims around the world.

Whereas in Pakistan there is being expected the first Ramadan will be on April 14, 2021.

tweet
Share on FacebookShare on TwitterShare on PinterestShare on Reddit
Saman SiddiquiApril 11, 2021
the authorSaman Siddiqui
Saman Siddiqui, A freelance journalist with a Master’s Degree in Mass Communication and MS in Peace and Conflict Studies. Associated with the media industry since 2006. Experience in various capacities including Program Host, Researcher, News Producer, Documentary Making, Voice Over, Content Writing Copy Editing, and Blogging, and currently associated with OyeYeah since 2018, working as an Editor.
All posts bySaman Siddiqui