District Malir of Karachi has been receiving 3,000 to 4,000 flood victims on a daily basis. 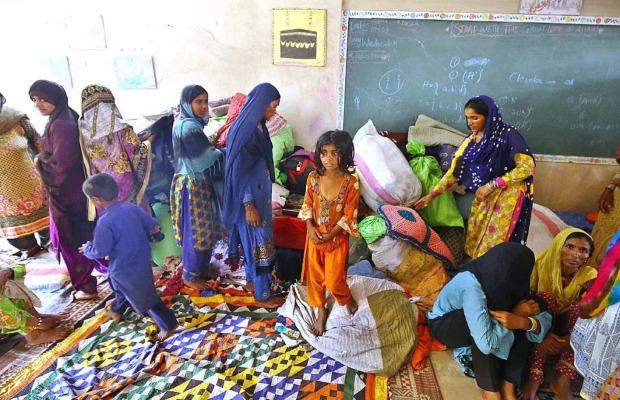 More than 50,000 flood affectees, who were displaced due to heavy rains and floods in Sindh have arrived in Karachi.

According to Labour and Human Resources Minister Saeed Ghani, these affectees are being housed at various relief camps.

Tens of thousands more flood affectees may arrive in the provincial capital in the coming days, Ghani said.

According to the provincial minister, no exercise has yet been conducted to determine the exact number of people affected by the province’s rains and floods.

He estimated that the number of flood victims could number in the millions.

He also emphasized that the people who left their homes to travel to Karachi did so voluntarily.

During the meeting that the PPP’s Karachi chapter, Saeed Ghani pointed out that more than 65 relief camps have been set up to help the people affected by floods.

Sajid Jokhio also suggested establishing a tent city near the Northern Bypass for designating a central location for housing the flood victims instead of housing them at different camps.

He said the proposed tent city should have the best medical treatment facilities.

You should keep in your mind that 13 dead as boat carrying flood affectees capsized near Sindh’s Bilawalpur.