The shooting incident took place outside his residence in DHA 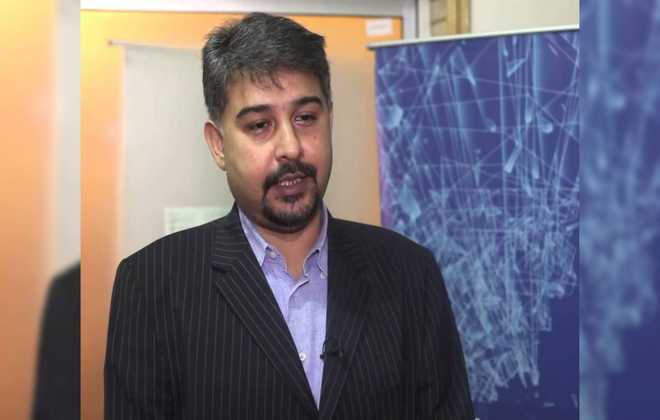 Former Muttahida Qaumi Movement-Pakistan (MQM-P) lawmaker Ali Raza Abidi was gunned down outside his residence in Karachi on Tuesday evening.

According to SSP South Pir Mohammad Shah, the shooting incident took place outside the residence of the former member of the National Assembly in Khayaban-e-Ghazi neighbourhood of Defense Housing Authority (DHA).

Former MQM MNA Ali Raza Abidi who got injured in an attack outside his home in Defence area, succumbed to injuries, was brought in PNS Shifa hospital in serious condition and passed away during the treatment, says hospital source.

Abidi was elected as an MNA on Muttahida Qaumi Movement’s ticket in 2013 general elections. He, however, joined the Pakistan faction of the party after its split in Karachi in August 2016.
He resigned from his National Assembly membership in November 2017 citing political and personal reasons.

Former MNA has been an active personality on Twitter sharing his personal views and citing criticism. His last tweet available was made 5 hours ago, before the incident.

The counter press conference by PTI is just repetition of what they have been alleging for the past 5 years on the container. Nothing new nor substantial in reply to PMLN's presser, except that now PTI is officially speaking on behalf of NAB Courts.

As soon the news of his killing made public, condolence messages are pouring in from various people and celebrities on social media.

Really sad to hear about Ali Raza Abdi @abidifactor. Had many meetings with him which we both didn't share with media. He was about to join PPP before GE 2018.
May God give their parents courage to bear this irreparable loss.
Inna lilahe wa ina ilehe rajeoon pic.twitter.com/Gm16DcxQjn

Extremely sad to know about the callous murder of Ali Raza Abdi. Always found him very humble. May Allah rest him in peace. pic.twitter.com/rGdRWBvPlB

Ali Raza Abidi succumbs to fatal gun shot wounds in the neck.
The #MQM leader was assaulted by gunfire near/outside his house.

What a loss to #Pakistan @abidifactor Bhai, one of the most humble person, neat and clean politician, who always represented #Karachi by fair means, is no more among us. He is Shot dead in Karachi. Kahan hay Aman ?#RIPAliBhai

This is devastating. Ali Raza Abidi is no more. Terribly sad. A fine gentleman. I have lost a good friend and a fine human being. Terribly sad. May God bless his soul. Unbelievable.

#AliRazaAbidi assassinated. He succumbed to four bullet in head and neck in an assassination attempt outside his house in Defence. He was a senior MQM leader & one of my only few friends in MQM who were genuinely willing to work for betterment of 'muhajirs'. Strongly condemn it.

Stunned to hear the news of Ali Raza Abidi being shot down, that too in Defence, whose nighttime roads were being trumpeted as symbols of peace just a couple of days back. May he rest in peace.