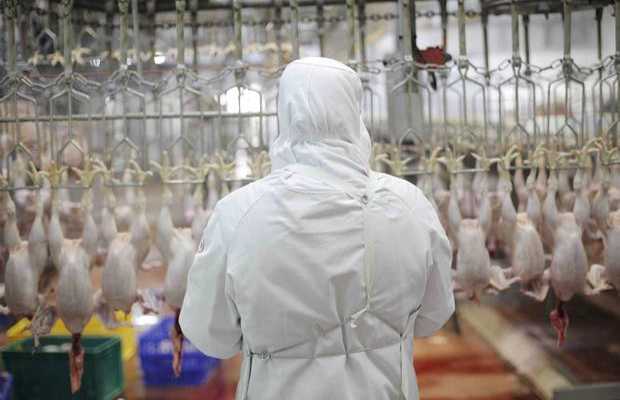 France has banned the halal slaughter of poultry outraging the Muslims in the country.

As being reported, the new rule says the Islamic slaughter of poultry animals will be banned in France as of July 2021.

The new conditions for slaughtering poultry will make it impossible to respect the doctrinal and basic principles of halal ritual slaughter as of July 2021.

The statement says that the French Agriculture and Food Ministry’s circular sends a negative message to the Muslim community in the country ahead of the holy month, TRT World reported.

“These precautions are a serious obstacle preventing people from freely practicing their religion,” said the report citing the statement. The Muslim leaders further said that they are planning to take necessary legal action to restore the “fundamental right,” it read.
As being reported the Muslim Representatives in France who obtained ministerial approval authorizing them to issue licenses to practice sacrificial rituals, and to ensure halal certification of meat and products intended for the consumption of the Muslim community, said that these new conditions were mentioned in the technical instructions No. DGAL / SDSSA / 2020-722 issued by the French Ministry of Agriculture and Food.
French Muslims may face a tragic situation after the publication of these new instructions ahead of the holy month of Ramadan.
The new directive comes as a few animal rights activists in Europe argue that the Islamic halal and Jewish kosher rules for ritual slaughter are “less humane” than standard European practice because they ban the practice of stunning animals before they are killed.
Read More: France, Spain, Lebanaon confirm cases of UK’s COVID variant
A number of social media users have shared their views reacting to the French government’s decision:

Gonna say it, France is horribly Islamophobic, and I don't use the word lightly.

Macron has turned out to be a bigger threat to French Muslims than Marine Le Pen could ever have been.