May had been vowing to press on, despite strong opposition, to get her Brexit deal through 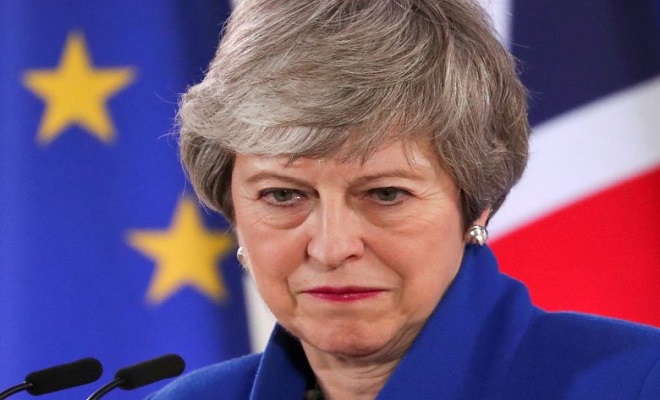 According to The Times, British Prime Minister Theresa May, is expected to quit office on Friday.  She will however, remain in the position,  while her successor is elected. This will be a two-stage process where two final candidates will face a ballot of 125,000 Conservative Party members.

“May defied an attempt to force her from office last night [Wednesday], insisting that she would spend today [Thursday] campaigning in the European elections,” wrote The Times’ political editor Francis Elliott.

“May was “finally cornered after cabinet ministers joined the Tory revolt over her offer to facilitate the option of a second referendum,” the report added further.

The report surfaced in The Times, after Brexit supporter Andrea Leadsom resigned from May’s government. Although May had been resisting so far, the resignation piled pressure on her, calling her to quit.

May had been vowing to press on, despite strong opposition, to get her Brexit deal through parliament by softening her stance on a second referendum and customs arrangements. Leadsom’s resignation however, has deepened Brexit crisis, sapping out whatever strength May’s authority had been left it.

It was three years ago that Britain votes to leave the European Union, not clear on how the actual deal would happen.