Floyd official cause of death was cardiopulmonary arrest! 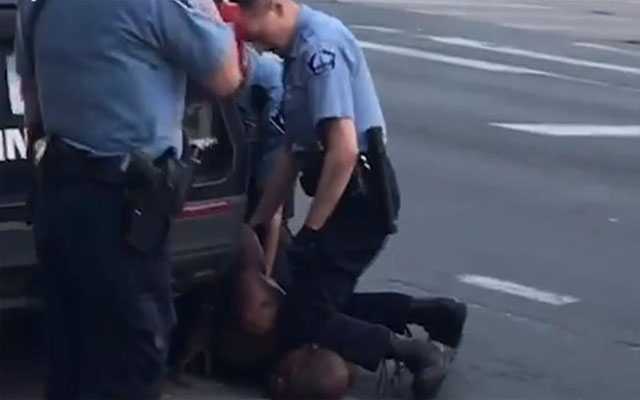 George Floyd, the man who died after being restrained by Minneapolis police last month, has revealed that he was positive for SARS-CoV-2, the virus that causes COVID-19, while the infection was not listed as a factor for his death.

As mentioned in the 20-page report made public on Wednesday by the H ennepin County Medical Examiner’s Office, Floyd official cause of death was cardiopulmonary arrest while his neck was compressed when the officer’s knee was on it for more than eight minutes on 25 May.

The final report from the medical examiner says Floyd had bruises and cuts on his head, face, mouth, shoulders, arms and legs from when the officer forced him to the ground and knelt on his neck. But it finds no evidence that any of those injuries directly would have killed him.

The coroner ruled the manner of death to be a murder. Four police officers since fired from their jobs for their role in the incident.

In video taken by bystanders, Floyd, 46, is shown repeatedly pleading that he cannot breathe as he is held down with a knee on his neck by former Minneapolis Police officer Derek Chauvin, with three other officers present. The incident has sparked nationwide — and even worldwide — protests.

Floyd was pronounced dead at a hospital a short time later.

The video instantly went viral on the internet, sparking nine days of nationwide protest and civil strife. From Germany to New Zealand, protesters took to the streets to condemn the criminal act of the police officers.

The autopsy, in listing cardiopulmonary arrest as the cause of Floyd’s death, also mentioned “complicating law enforcement subdual, restraint and neck compression.”

Several additional factors were also listed as “significant conditions” contributing to Floyd’s death, including heart disease, high blood pressure and intoxication from the powerful opioid fentanyl, as well as recent methamphetamine use.

It was also noted in the reports that a nasal swab sample collected from Floyd’s body came back positive for coronavirus, and that he had tested positive on April 3, nearly eight weeks before his death.

The coroner, Dr. Andrew Baker, concluded the autopsy report “most likely reflects asymptomatic but persistent … positivity from previous infection.” There was no indication in the report that COVID-19 played any role in Floyd’s death.