In US, the Muslim groups have come together as an alliance to promote the cause of Babri Masjid 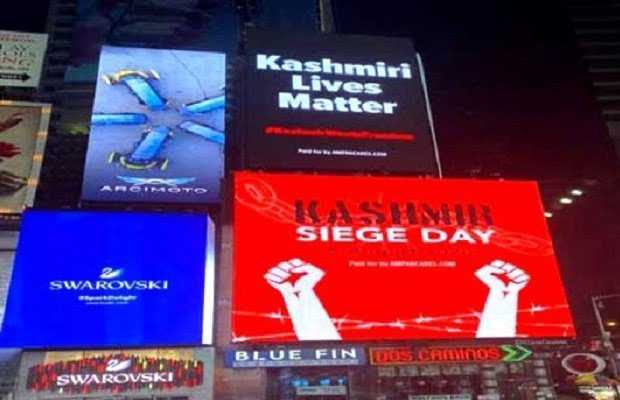 A giant American advertising company has declined to display digital advertisements for the extremist Hindu groups planning to showcase images of their god Ram in New York’s iconic Times Square on August 5 — at the time the temple’s groundbreaking ceremony takes place in Ayodhya, according to a coalition of Muslim groups in the United States.

In a press release, the coalition said that ‘Branded Cities’ — the company which manages digital advertisement board for Nasdaq — an American stock exchange, in Times Square, had agreed not to run the Hindutva group’s advertisements following its representations.

It has reported that these groups have been contacting the Mayor of New York, the City Council of New York, the governor, senators, and members of House of Representatives to stop the right-wing Hindu groups from advertising on Times Square billboards.

In US, the Muslim groups have come together as an alliance to promote the cause of Babri Masjid, which was destroyed by Hindu extremists in December 1992, adding fuel to the massive violence that claimed lives of some 2,000 people, mostly Muslims.

The Indian Supreme Court’s unjustified verdict paved the way for the building of a temple in place of the demolished mosque.

The court’s ruling disappointed Muslims around the world. The court also ordered that Muslims be given 5 acres of land to build a new mosque at a nearby site

According to the press release forwarded by the alliance , Dennis Levine of Branded Cities, confirmed the decision not to run the advertisements. The company “also reassured that Branded Cities and Nasdaq oppose the demolition of Babri Masjid and will never allow any supremacist groups to run their advertisements”.