Ginsoy in an official statement has clarified that the news floating about they have fired its female employees is baseless. There are currently 21 females working at the company, out of which 8 are part of the team since its inception.

In a statement, Ginsoy Team says that they strongly believe gender equality, and will always stay true to their promise. All the accusations made are completely baseless and only intended to harm their image. 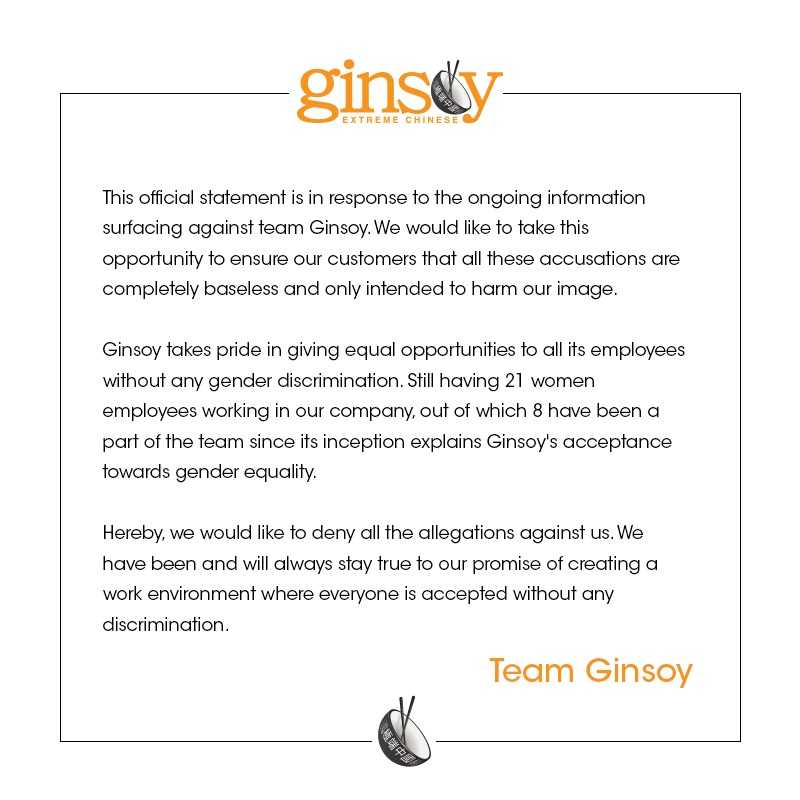 It all started with a post shared on Linkedin site, alleging that the company has fired all its female employees. According to a source, reported by Mad Advertising, the restaurant’s parent company Foocha Holdings has signed a new ‘female’ investor who happens to hold conservative views. As a part of the deal, the ‘female’ investor wanted to let go of all women staff both in the offices and outlets to implement an all-male workforce policy. 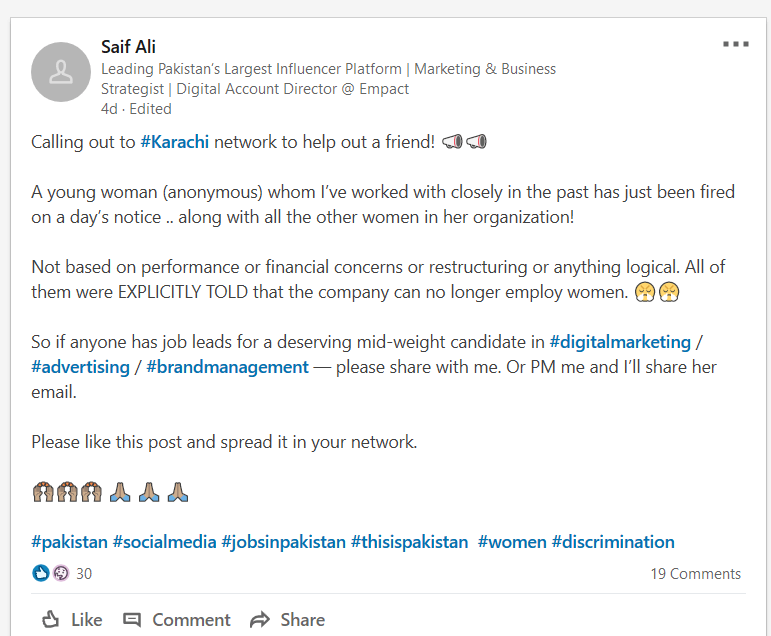