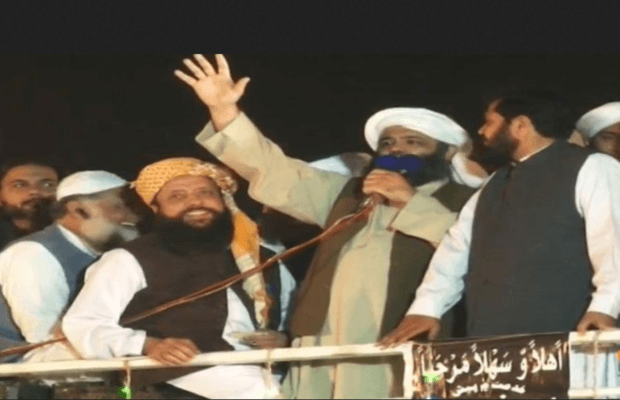 He intended to urge the crowd to chant ‘Go Imran Go’, the JUI-F leader mistakenly called on protesters to chant ‘Go Nawaz Go’, the slogan which has been the top demand during the last Islamabad dharna.

However, Maulana Durvesh was corrected by other leaders present on-stage, who intervened and reminded Durvesh of what he was saying and made him correct to chant ‘Go Imran Go’.