So far no trace of gold has been found yet! 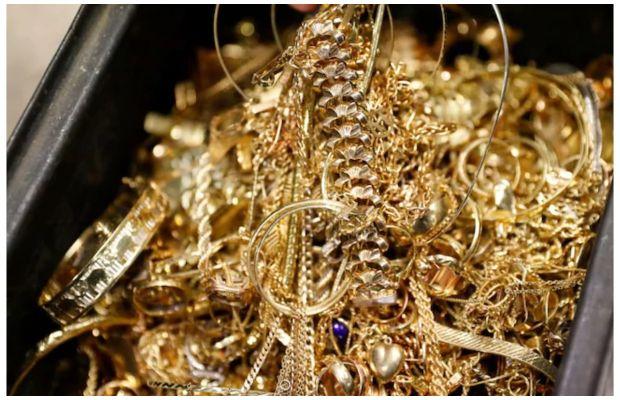 Gold worth Rs 20 Million was stolen from a Pakistani jeweler’s cabin baggage on a Dubai to Karachi-bound flight.

As reported, half the value of the jewelry legally imported by Nurtan Jewelers was being brought back to Karachi in the form of gold, which was communicated to the customs authorities in advance.

Passenger Muhammad Monis pointed out that 1542 grams of gold was stolen from the baggage kept in the overhead compartment of the plane and he informed the airline staff immediately.

The flight crew kept the doors of the plane closed and immediately informed the security authorities of Karachi Airport. The airport security force staff conducted a hundred percent scanning of all the passengers and their luggage at the Jinnah International terminal, but no gold could be recovered.

According to officials, Pakistan Customs staff conducted a thorough search of the aircraft and its crew, but could not find any trace of gold.

According to the customs authorities, the gold was declared by the passenger at the Dubai airport, the documents of which are also with the passenger.

An investigation is being carried out in this regard by the relevant authorities.

So far no trace of gold has been found yet!