Consignments from Iran will start reaching Pakistan in the next four days. 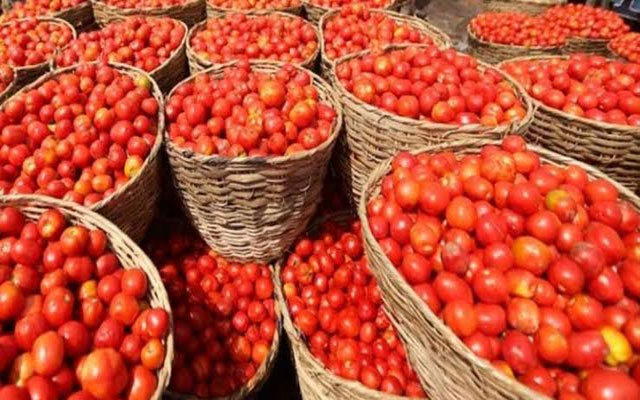 The federal government has allowed the import of tomatoes from Iran.
1Share
388Views

The federal government has allowed the import of tomatoes from Iran for a temporary time period, on Wednesday to control the skyrocketing prices of tomatoes in the domestic market.

Federal Minister for Food Security and Research Sahibzada Muhammad Mehmood Sultan said, “Consignments from Iran will start reaching Pakistan in the next four days. It’s a seasonal shortage as in this season tomato supply from Balochistan comes to an end while Sindh’s crop takes a few weeks”.

“In this interval between Balochistan and Sindh crops, the shortage emerges for almost a month.”

Iranian tomato will reach Quetta at a cost of Rs53 per kg.

Speaking at a press conference, the minister said that the tomato crop of Sindh would also start reaching markets in the next four weeks.

He said that the estimates of tomato production in Sindh would be higher by around 40,000 tons compared to last year.