The government has increased electricity prices and official notification in this regard has been the Ministry of Energy Power Division on Monday.

According to a notification issued by the Ministry of Energy, the federal government has increased the unit price of electricity by 18 paisa.  After the recent increase, the electricity price has increased from Rs 13.35 per unit to Rs 13.53 per unit.

According to the notification, the price increase will be effective from December 1, 2020,  for the next ten months. 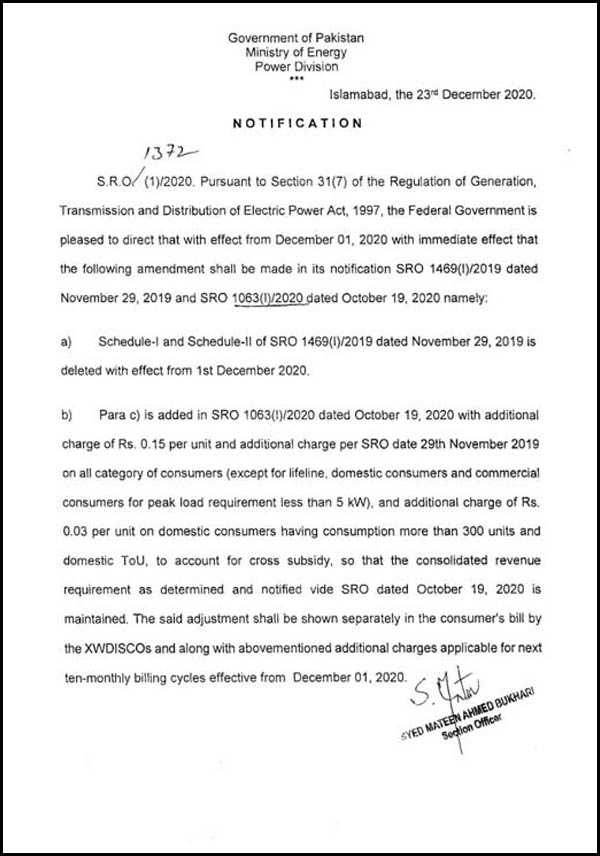