The new prices of petrolum products will be applicable from mid-night 16 Feb. 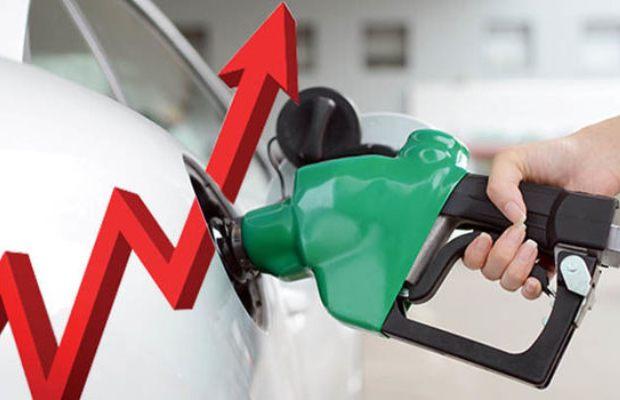 The government has dropped Petrol Bomb on the nation on the eve of 15 Feb by increasing the Petrol price by Rs 12.03 per litre.

An official notification has been released announcing an increase in the prices of petroleum products.

According to the notification issued by the Ministry of Finance, the price of petrol has been increased by 12 rupees 3 paise per litre, after which the price has increased from 147 rupees 83 paise to RS 159. 86 per litre.

Meanwhile, the price of high-speed diesel has also been increased by Rs9.53 paisa, after which the new price has been increased from Rs144.62 paise to Rs154.15 per litre. 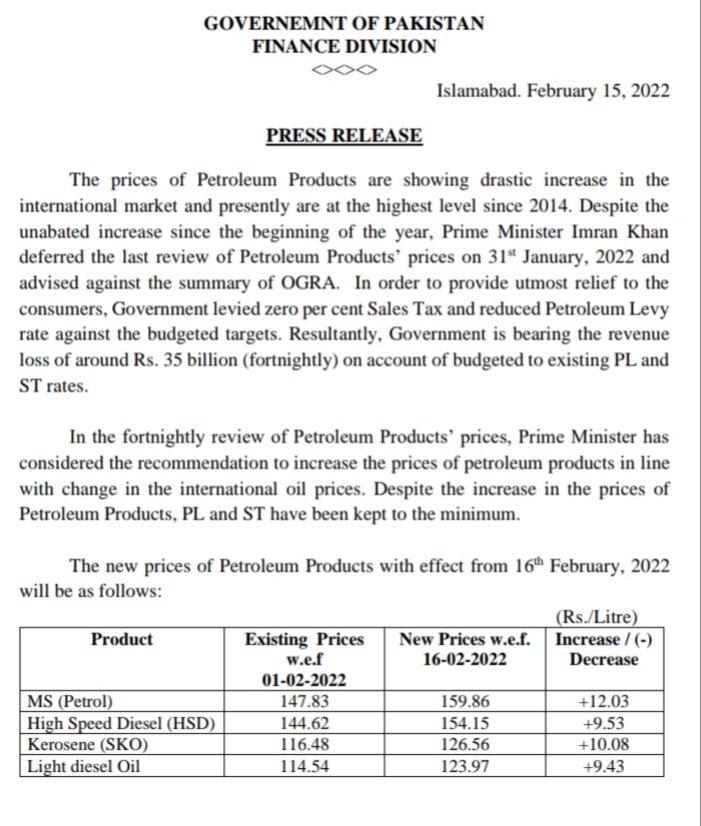 Earlier in the day,  Prime Minister’s Office had received a summary by OGRA to increase petrol price by Rs 12.3 per litre.

As being reported. the proposal was made in accordance with the terms of the International Monetary Fund (IMF).

According to sources, Prime Minister Imran Khan had sent back a summary of the increase in petrol prices to the Finance Ministry for review.

At that time, Prime Minister Imran Khan had said that petrol prices could not be increased so much.

Talking to the media after the federal cabinet meeting, Federal Minister for Information Fawad Chaudhry had said that the government has decided to increase the prices of petroleum products.

” Oil is becoming more expensive in the world market due to Europe-America tension, how long can we stop petrol prices? We also have no choice but to increase the price of petrol,” he said.