The decision was made in a meeting presided by Law Minister Farogh Naseem. 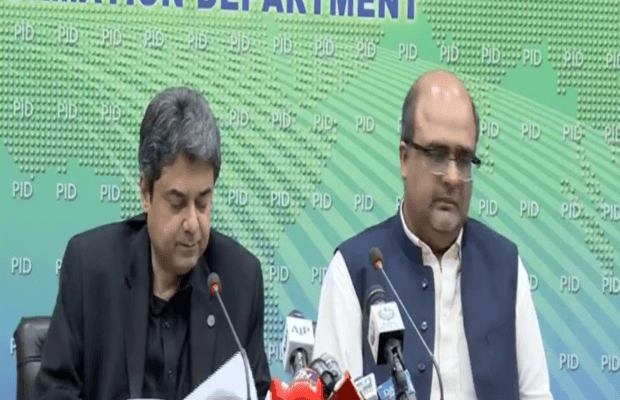 The decision was made in a meeting presided by Law Minister Farogh Naseem.

The meeting was held on Wednesday in order to decide the removal of Nawaz Sharif’s name from the Exit Control List (ECL) on the basis of his medical condition. 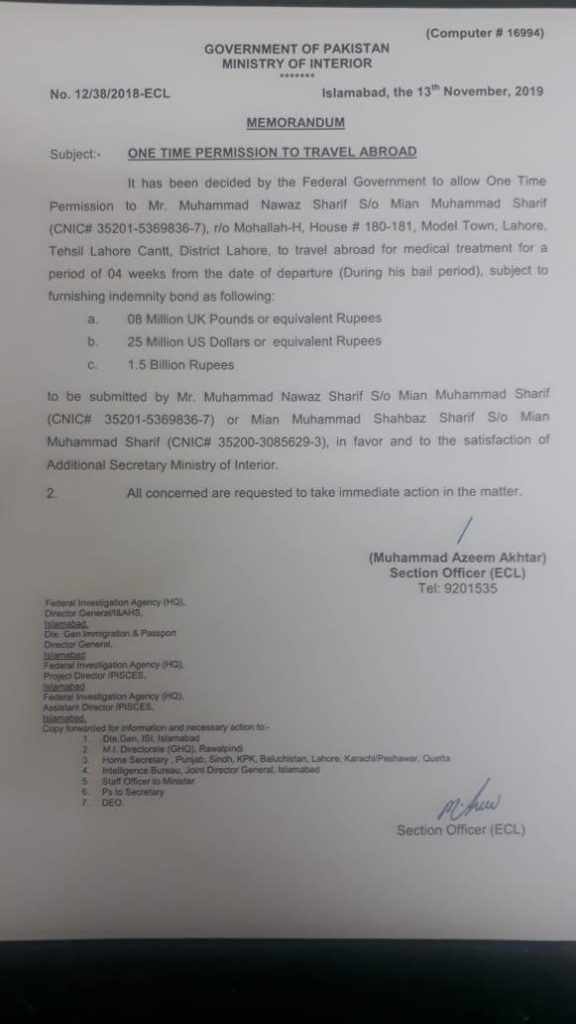 “This permission will be subject to Nawaz Sharif or Shehbaz Sharif submitting an indemnity bond to the tune of roughly Rs7billion to Rs7.5 billion, to the satisfaction of additional secretary to the Ministry of Interior”, the federal minister further added.

“The names of convicted persons are not taken out from the ECL,” he said. “This is one-time permission.”

He also said that the decision had been taken keeping in mind Nawaz’s serious medical condition.

“It is the right of the government to ask for bail,” he said. “This is not being done for political reasons.”