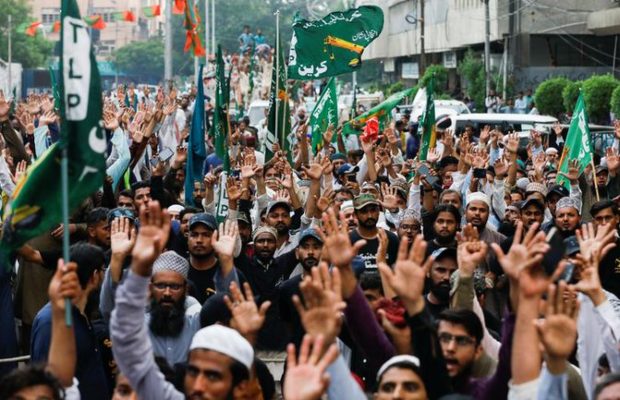 The federal government has lifted the ban on the Tehreek-i-Labbaik Pakistan (TLP) on Sunday.

An official notification in this regard has been issued after the federal cabinet approved the summary.

As being reported, the government lifted the ban after the cabinet’s approval on a circulation summary moved by the Interior Ministry at the request of the Punjab government.

The federal ministry of interior issued the notification, stating that the step was being taken after the Punjab government considered the TLP’s request to revoke the ban in view of “the assurance and commitment by the organization” and “the larger national interest and long term perspective to ensure that such incident do not recur in future.” 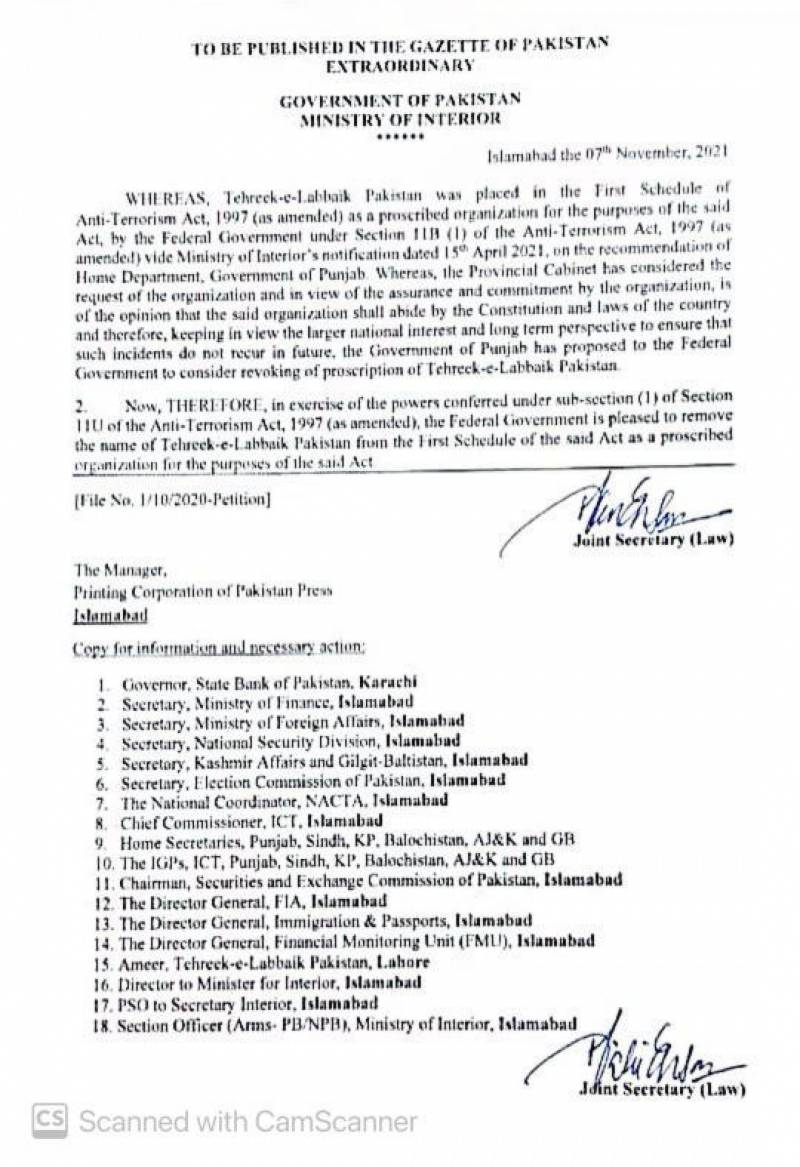 The interior ministry had banned the TLP under Rule 11-b of the Anti-Terrorism Act 1997.

Following the ban lift, the TLP would now be able to do political activities.

Furthermore seized accounts of the party were also likely to be restored in a couple of days.