We will not allow violence for political purposes, states PM Imran Khan 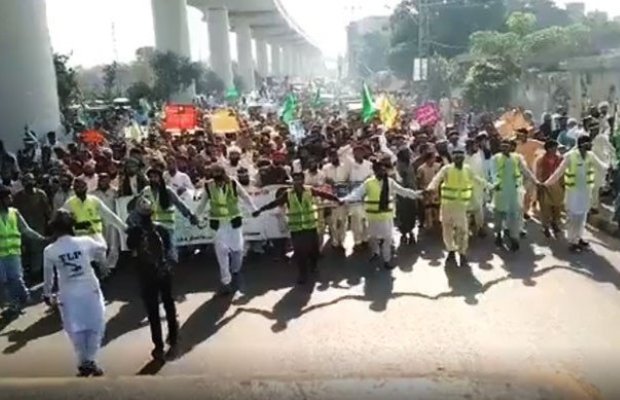 Rangers have been called in Punjab for 60 days following clashes with TLP, Interior Minister Sheikh Rashid Ahmed said on Wednesday.

Rangers were being called in to maintain law and order in Punjab for 60 days after recent clashes with the proscribed Tehreek-i-Labbaik Pakistan (TLP), Sheikh Rashid said addressing a press conference in Islamabad.

The minister said a summary in this regard has been sent to the federal cabinet for approval. However, he still requested the group to end their protest.

We will not allow violence for political purposes, stated PM Imran Khan while chairing the Federal Cabinet meeting on Wednesday.

The premier stated categorically that the writ of the state must be restored and instructed the law enforcement agencies to deal strictly with the elements who blocked the way. He was of the view that political activists did not martyr policemen, rather it was the work of terrorists only.

Later in the day, Federal Minister for Information Fawad Chaudhry held a media briefing and categorically stated that the TLP was not a political but a terrorist organization.

Chaudhry had said that the long march going on GT Road should “end immediately.”

“The issue of the banned TLP would be discussed in detail during the cabinet meeting and the show should end,” he had added.

Minister for Interior Sheikh Rasheed Ahmad has directed the authorities concerned to launch a crackdown on the social media accounts of the proscribed outfit TLP.

The Federal Investigation Agency (FIA) sources said that they have received the instructions, adding that they would initiate action against the social media accounts of the prescribed organisation starting today.