Sindh Chief Minister Murad Ali Shah visited the areas of the province affected by recent rains and floods on Sunday. 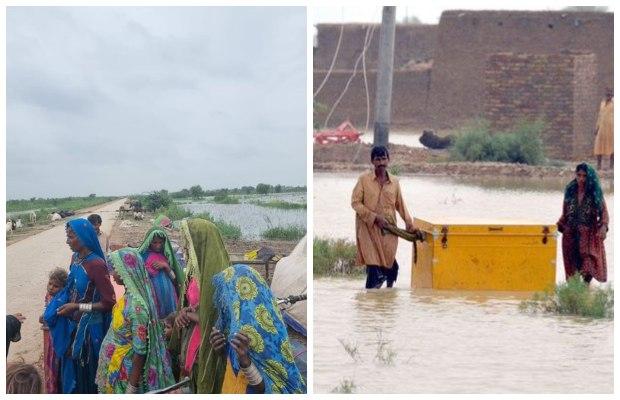 Government Sindh on Sunday has declared 23 districts of the province calamity-hit!

Following rain-led-floodings, the Sindh government has declared 23 districts calamity-hit areas out of a total of 29 districts.

While 2 Union Councils of Malir Karachi including Gaddap and Kund Jhang are also declared calamity hit. 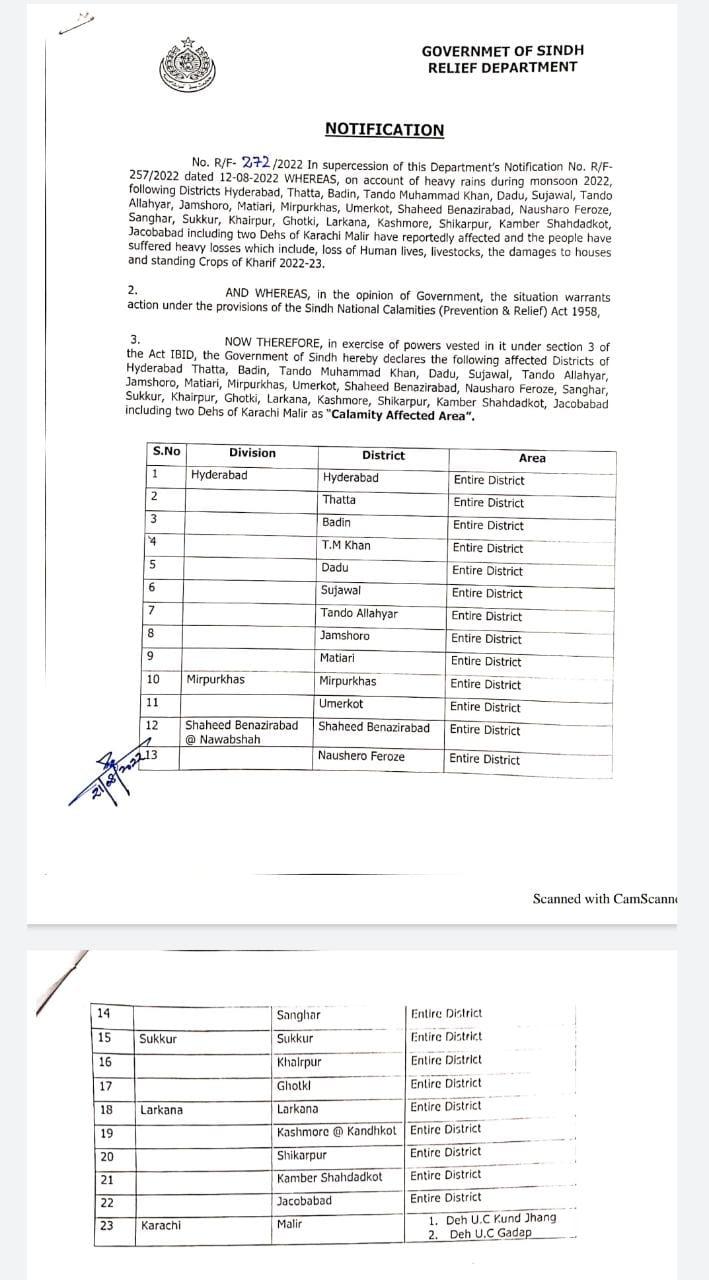 Sindh Chief Minister Murad Ali Shah visited the areas of the province affected by recent rains and floods on Sunday.

CM Sindh also reviewed the rehabilitation works being carried out in Sanghar, Matiari, and Bhit Shah.

While talking to the press in Bhit Shah, Murad Ali Shah said, “The provincial ministers and the public representatives are monitoring the relief activities.”

“The prime minister has assured support in the restoration work,” he added.

“It has rained 300 millimeters. The current drainage system is for 40 millimeters,” he said.

“In view of climate change, the system should be improved,” he stressed.

tweet
Share on FacebookShare on TwitterShare on PinterestShare on Reddit
Saman SiddiquiAugust 21, 2022
the authorSaman Siddiqui
Saman Siddiqui, A freelance journalist with a Master’s Degree in Mass Communication and MS in Peace and Conflict Studies. Associated with the media industry since 2006. Experience in various capacities including Program Host, Researcher, News Producer, Documentary Making, Voice Over, Content Writing Copy Editing, and Blogging, and currently associated with OyeYeah since 2018, working as an Editor.
All posts bySaman Siddiqui