Govt. to deploy Rangers and FC at the Parliament House, MNAs Hostel and Parliament lodges

An inquiry report over the Parliament lodges incident by the district commissioner will be submitted within 48 hours. 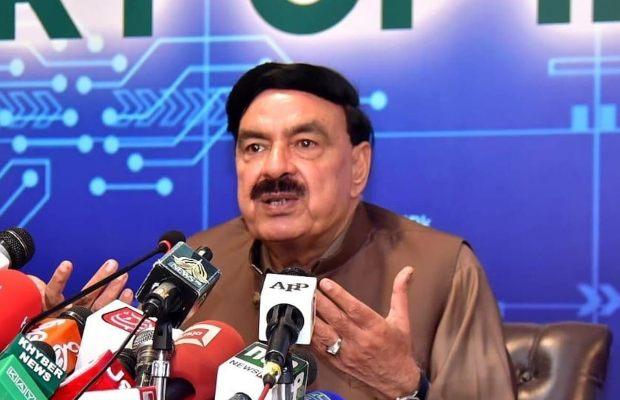 Addressing a press conference in Islamabad on Friday morning, interior minister  Shiekh Rashid announced the decision in the wake of Thursday night’s operation by the Islamabad Police at Parliament Lodges.

“50 people of this private militia were admitted to the Parliament lodges [last night] where the families of the parliamentarians live. We negotiated with them for five hours. Five policemen were also injured in torture by them,” he stated.

“As long as I am the interior minister, I will crush those taking law into their own hands. No matter how big a leader is. Even if a party leader is found involved in the conspiracy, action will be taken against him. Anyone who comes to Islamabad in the militia dress will not be spared,” the interior minister said.

“Cases of terrorism will be registered against them if they do not mend their ways,” he warned.

“It is good that the army is neutral. The army will always be with democracy,” he stated.

He said that the inquiry report over the incident by the district commissioner will be submitted within 48 hours.

Sheikh Rashid added that he has also directed the chief secretary and the police chief of Khyber-Pakhtunkhwa regarding Ansarul Islam to ensure that the ‘militia’ members do not reach Islamabad in uniforms.