Govt. to table bill for creation of South Punjab province

“This is in line with PTI’s manifesto", Shah Mehmood Qureshi 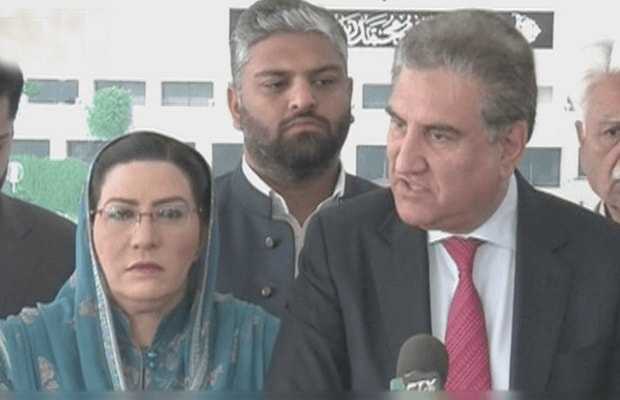 The government will soon table a bill in the National Assembly for the creation of a new province in south Punjab, said Foreign Minister Shah Mehmood Qureshi on Wednesday.

While addressing the media alongside Special Assistant to the Prime Minister for Information and Broadcasting, Firdous Ashiq Awan, the FM congratulated the people of south Punjab for the effective steps taken by the premier to implement the promise made to the people.

“This is in line with PTI’s manifesto,” added the foreign minister.

The foreign minister also said the decision was taken at a meeting chaired by Prime Minister Imran Khan and expressed hope that other political parties will support the bill – giving the government two-thirds majority to pass it.

Shah Mehmood Qureshi also added that the creation of another province in Punjab will strengthen the federation and help the people of southern Punjab, particularly those that have been ignored in the past.

“Earlier, promises made to the people of South Punjab but were not implemented,” the foreign minister said.

He also maintained that the government has decided to establish a secretariat for the ease of the people, and said an additional chief secretary and additional inspector general will be appointed next in April.

Qureshi further stated that the secretariat will require Rs3.5bn, and will have 1,350 additional posts.

To be situated in Multan and Bahawalpur, respectively.

tweet
Share on FacebookShare on TwitterShare on PinterestShare on Reddit
Saman SiddiquiMarch 11, 2020
the authorSaman Siddiqui
Saman Siddiqui, A freelance journalist with a Master’s Degree in Mass Communication and MS in Peace and Conflict Studies. Associated with the media industry since 2006. Experience in various capacities including Program Host, Researcher, News Producer, Documentary Making, Voice Over, Content Writing Copy Editing, and Blogging, and currently associated with OyeYeah since 2018, working as an Editor.
All posts bySaman Siddiqui