Hafeez Sheikh to be removed as finance minister, Hammad Azhar to take over: sources

A notification in this regard is likely to be issued soon, news source claims. 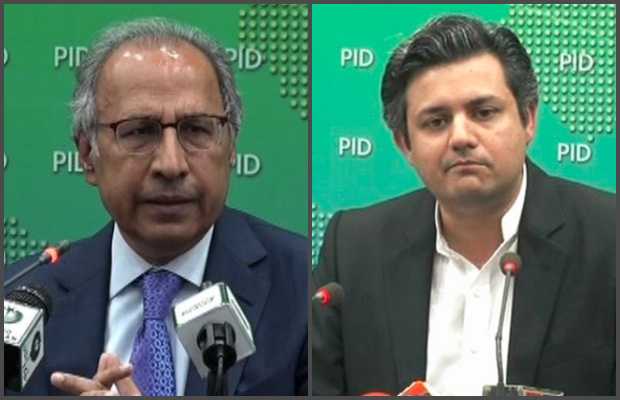 The federal government has decided to remove Abdul Hafeez Sheikh from the post of finance minister.

A notification in this regard is likely to be issued soon, news source claims.

According to sources, Federal Minister for Industries and Production Hamad Azhar will be given the portfolio of the Finance Minister.

Sources also claim that there is anger among the federal ministries over the taxation and the State Bank of Pakistan’s (SBP) autonomy bill, which resulted in a decision to replace the finance minister.

Reacting to the news of Hafeez Sheikh’s removal, PPP chairperson Bilawal Bhutto-Zardari claims it as a victory for the Pakistan Democratic Movement (PDM).

“Sacking Finance minister is a victory of PDM. PTIMF minister needed to be elected to continue in post & senate defeat made that impossible. Now government admits inflation is skyrocketing because of its failed policies. The parliamentary opposition has proven most effective vs this regime, ” the PPP leader said in his tweet.

Sacking Finance minister is victory of PDM. PTIMF minister needed to be elected to continue in post & senate defeat made that impossible. Now government admits inflation is skyrocketing because of its failed policies. Parliamentary opposition proven most effective vs this regime.

In 2019, amid a cabinet reshuffle, Shaikh was appointed Advisor on Finance after Minister for Finance Asad Umar tendered in his resignation.

In December last year, the Lahore High Court ruled that aides and special advisers did not have the authority to chair cabinet committees.

However, Prime Minister Imran Khan then used his special powers to appoint the unelected Abdul Hafeez Sheikh as Finance Minister under Article 91 (9) of the Constitution.

Abdul Hafeez Sheikh could have held the post of finance minister till June this year, but before that, the federal government decided to remove him.

The federal government had named Abdul Hafeez Sheikh, the government’s candidate from the Islamabad general seat during the Senate elections.

But Hafeez Sheikh had lost the senate elections to lost to PPP leader and opposition candidate leader Yousuf Raza Gilani.