Istanbul’s iconic Hagia Sophia held the Friday prayers for the first time in 86 years after its reconversion into a mosque earlier this month.

Turkey’s President Tayyip Erdogan and his top ministers were joined in by thousands of worshippers to offer the first prayers wearing masks.

President Erdogan recited from the Quran at the first Friday prayer sermon at the Hagia Sophia in 86 years.

A limited number of worshippers were allowed into the building to ensure sufficient social distancing measures.

Many joined the prayer outside the Hagia Sofia from public spaces nearby and from the rooftops of nearby buildings.

Security officials had earlier blocked the streets leading into the mosque area to restrict the public in order to manage the expected worshippers. 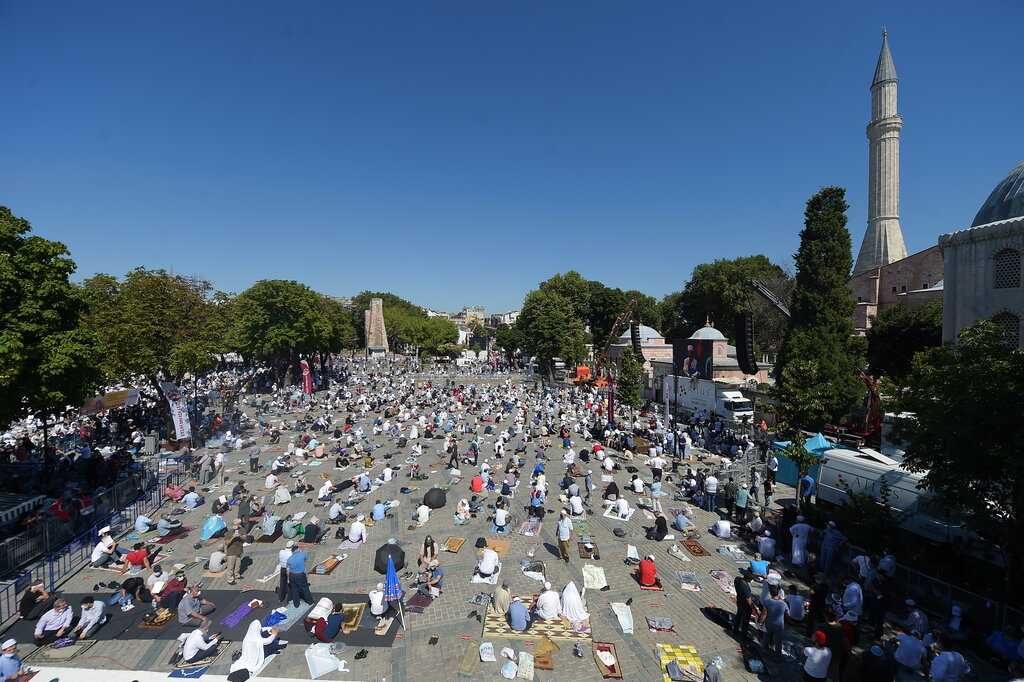 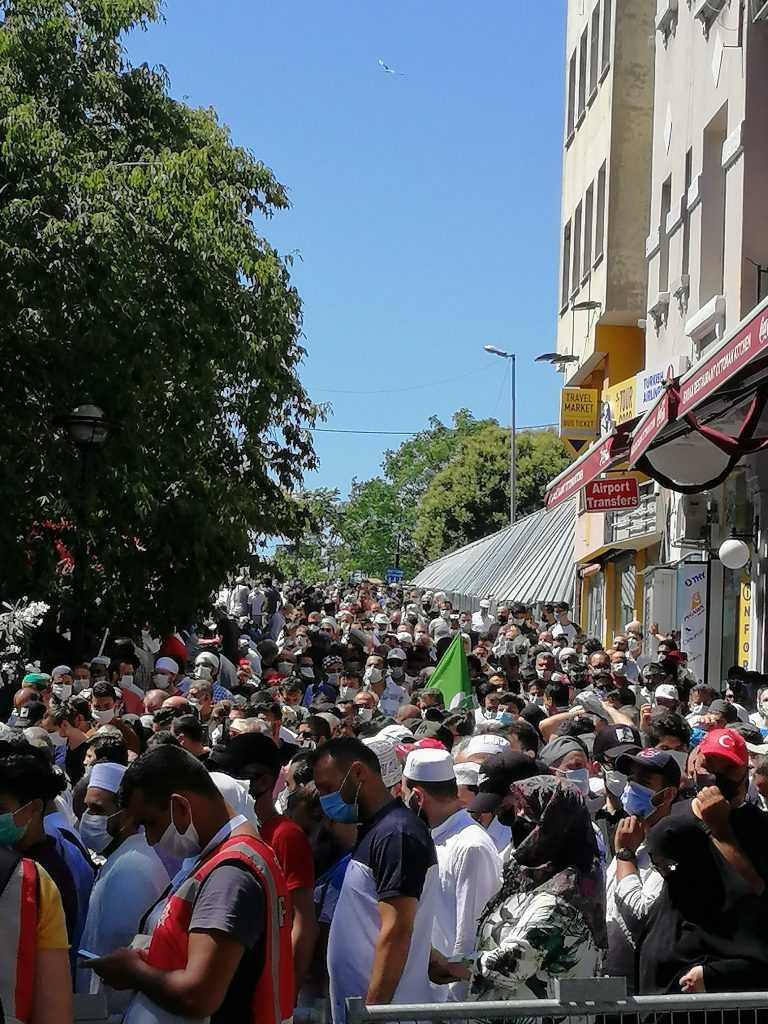 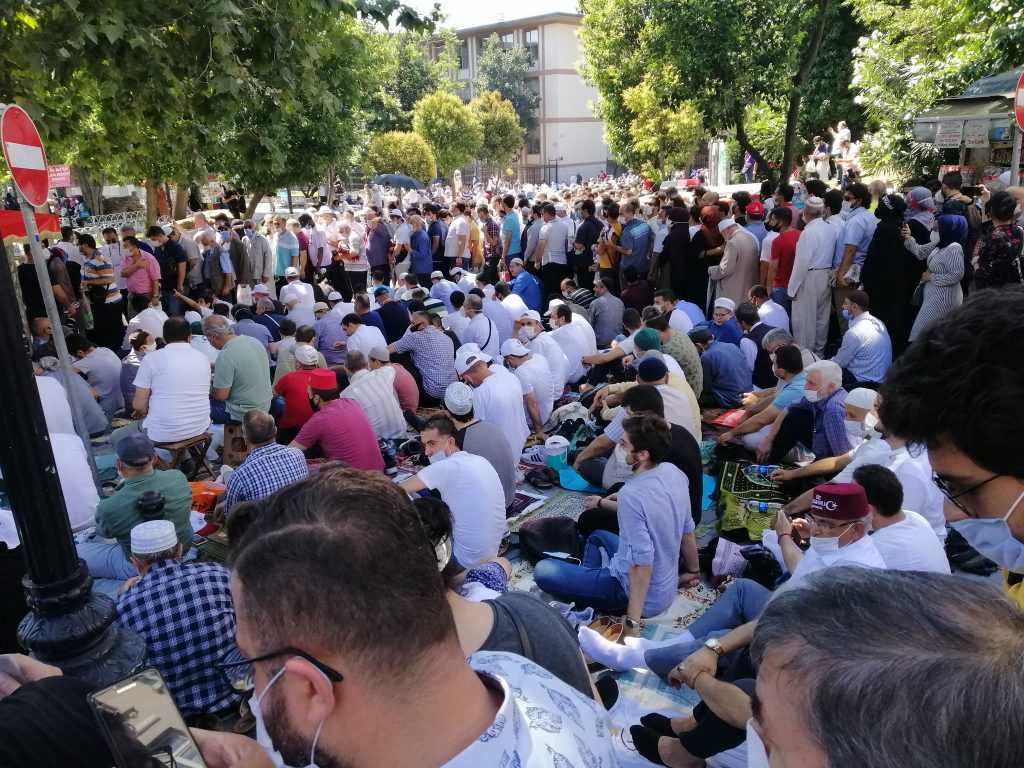 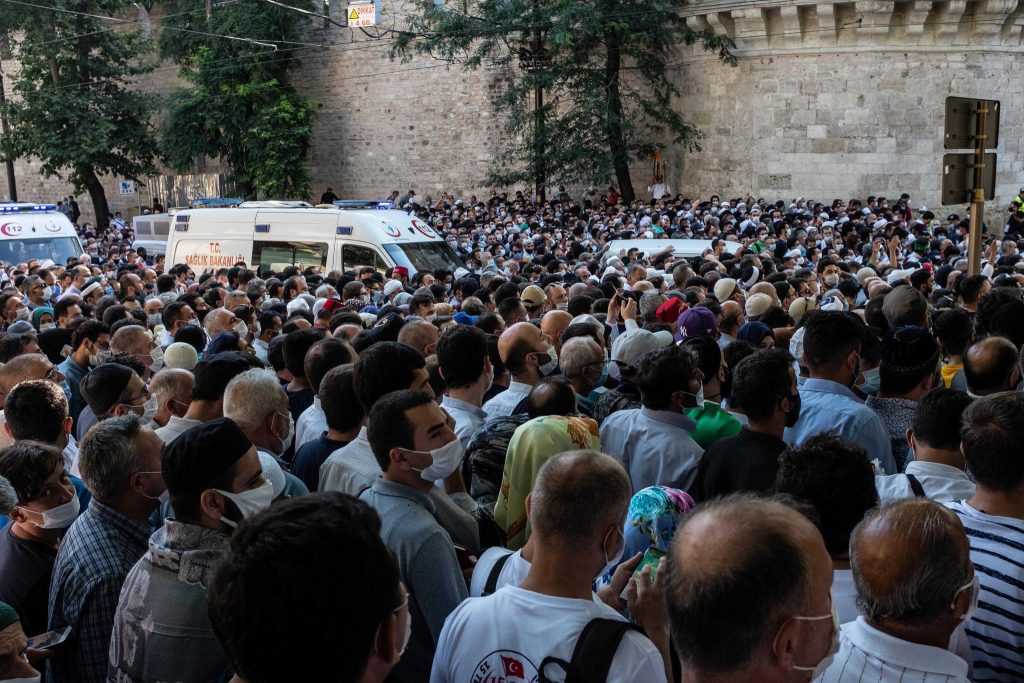 President Recep Tayyip Erdogan on July 10 declared the nearly 1,500-year-old building open to Muslim worship after a top court ruled the building’s conversion to a museum in the mid-1930s was illegal by modern Turkey’s founding statesman.