Hajj 2022 can only be performed on a Hajj Visa, KSA 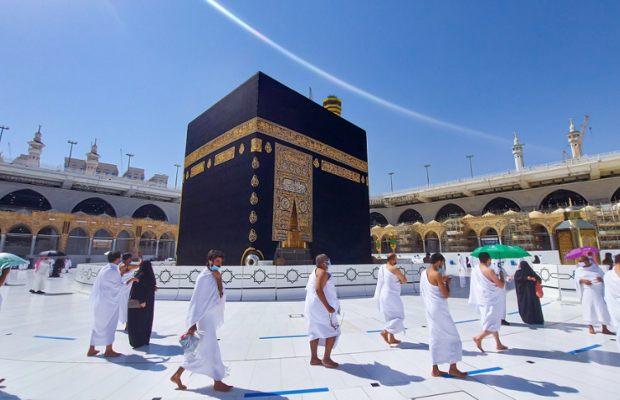 Hajj can only be performed on a Hajj Visa this year, notifies the Saudi Ministry of Hajj and Umrah.

“Hajj can only be performed on a Hajj Visa, those on Visit, Tourist or other types of visas cannot perform Hajj”, the statement said.

The Ministry of Hajj and Umrah on Sunday announced the official policy for Hajj 2022. According to which:

Furthermore, The ministry confirmed that the procedures for applying for the Hajj season in 1443 AH from inside Saudi Arabia will be announced through its official website soon.

The Ministry of Hajj and Umrah also warned people who wish to perform Hajj within the Kingdom against dealing with any suspicious websites claiming to help with the Hajj registration.

On the other hand, Pakistan Religious Affairs Minister Mufti Abdul Shakoor announced on Friday that Applications for Hajj this year would be received from May 1-13.

Addressing a press conference, the minister stated that the applicants would deposit token money of Rs50,000 with the application to be submitted in scheduled banks designated by the ministry.

tweet
Share on FacebookShare on TwitterShare on PinterestShare on Reddit
Saman SiddiquiMay 8, 2022
the authorSaman Siddiqui
Saman Siddiqui, A freelance journalist with a Master’s Degree in Mass Communication and MS in Peace and Conflict Studies. Associated with the media industry since 2006. Experience in various capacities including Program Host, Researcher, News Producer, Documentary Making, Voice Over, Content Writing Copy Editing, and Blogging, and currently associated with OyeYeah since 2018, working as an Editor.
All posts bySaman Siddiqui