Hajj 2022: Saudi Ministry of Hajj and Umrah allots a quota of 81,132 pilgrims to Pakistan

Hajj 2022 is likely to begin in the evening of Thursday, 7 July 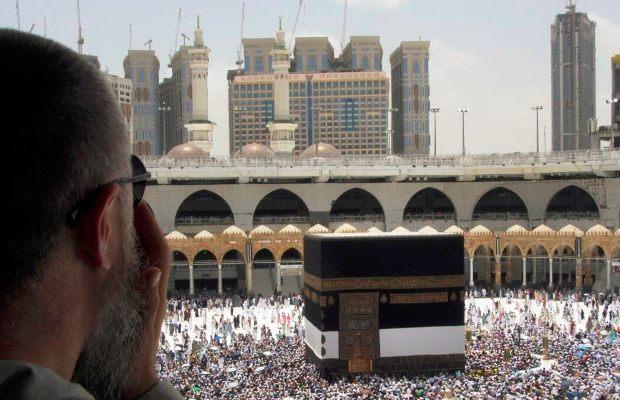 Saudi Ministry of Hajj and Umrah has allotted a quota of 81,132 pilgrims to Pakistan for this year’s Hajj.

Saudi Arabia’s Ministry of Hajj and Umrah has approved the quotas for international pilgrims for the Hajj season in 2022.

The overseas pilgrims will constitute 85 percent of the one million allowed to perform Hajj this year.

As per the news source, Indonesia has been given the lion’s share with the highest number of Hajj pilgrims.

The Hajj and Umrah ministry allotted a quota of 100,051 for Indonesia, while Pakistan has been given the second largest number with 81,132 pilgrims, followed by India with 79,237.

Meanwhile, 57,585 pilgrims from Bangladesh will be differing Hajj this year.

The number of pilgrims allotted to other counties is as follows:

Reportedly, pilgrims above the age of 65 will not be allowed to perform Hajj this year.

And those who want to perform Hajj should have taken two doses of the COVID-19 vaccine.

On the other hand, Pakistan’s  Ministry of Religious Affairs and Interfaith Harmony will start receiving the Hajj applications in the next couple of days through designated branches of the country’s scheduled banks.

Hajj expenses, age limit, vaccines, and other terms and conditions will also be announced soon under the Hajj Policy 2022 in the coming days.

According to the source, applications submitted by individuals or groups will be decided on through balloting. It said the distribution of Hajj quota between public and private Hajj schemes will be divided at a ratio of 60:40.

Hajj 2022 is likely to begin in the evening of Thursday, 7 July, and will conclude in the evening of Tuesday, 12 July.
tweet
Share on FacebookShare on TwitterShare on PinterestShare on Reddit
Saman SiddiquiApril 24, 2022
the authorSaman Siddiqui
Saman Siddiqui, A freelance journalist with a Master’s Degree in Mass Communication and MS in Peace and Conflict Studies. Associated with the media industry since 2006. Experience in various capacities including Program Host, Researcher, News Producer, Documentary Making, Voice Over, Content Writing Copy Editing, and Blogging, and currently associated with OyeYeah since 2018, working as an Editor.
All posts bySaman Siddiqui