According to details, Haleem Adil Sheikh went to Jamshoro to appear before an anti-corruption court. 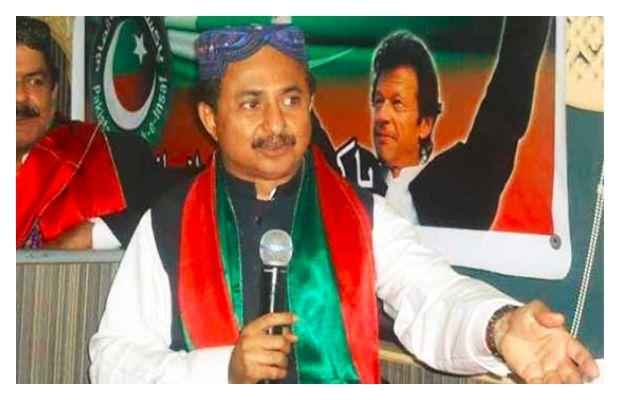 Haleem Adil Sheikh was arrested by the anti-corruption team from Jamshoro on Wednesday.

As reported, Sindh Assembly opposition leader Haleem Adil Sheikh was tasked into custody while he was returning from Jamshoro.

According to details, Haleem Adil Sheikh went to Jamshoro to appear before an anti-corruption court.

The visuals from the time of his arrest are being shared on social media.

I ask if there is A SINGLE DEPARTMENT in Sindh that PPP has not yet used to victimize me?! Is there a single corrupt criminal PPP affiliated officer that has not been tasked with targetting me?! pic.twitter.com/zk2Ng4Uc8R

Haleem Adil is being moved around Sindh in a private car! What kind of arrest is this?? Why is he in a private car?? Why is there no police or any other authority? Where do they plan to take him!!! On whos orderd pic.twitter.com/Ar9ivLugIK

According to Sheikh’s spokesperson,  the opposition leader was arrested from Jamshoro Toll Plaza as he was returning from a hearing.

According to him, no details of the case were shared by the officers with the PTI leader.

“We do not know in which case he was wanted,” he said.

On July 15, the Sindh High Court (SHC) restrained the Anti-Corruption Department from taking action against Sheikh on a petition pertaining to pending inquiries and harassment.

tweet
Share on FacebookShare on TwitterShare on PinterestShare on Reddit
Saman SiddiquiJuly 27, 2022
the authorSaman Siddiqui
Saman Siddiqui, A freelance journalist with a Master’s Degree in Mass Communication and MS in Peace and Conflict Studies. Associated with the media industry since 2006. Experience in various capacities including Program Host, Researcher, News Producer, Documentary Making, Voice Over, Content Writing Copy Editing, and Blogging, and currently associated with OyeYeah since 2018, working as an Editor.
All posts bySaman Siddiqui