The Punjab cabinet is likely to take oath within 24 hours. 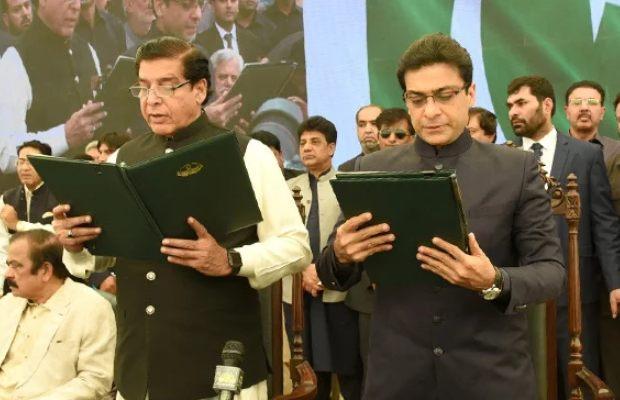 Hamza Shahbaz finally takes oath as CM Punjab after much delay following the orders of the court.

Lahore High Court had ordered the Speaker of the National Assembly to administer the oath to the newly-elected Chief Minister.

Hamza Shahbaz has sworn in as the 21st chief minister of Punjab on Saturday.

Speaker National Assembly Raja Pervaiz Ashraf administered the oath to him at Governor House in Lahore.

Following the development, the Punjab cabinet is likely to take oath within 24 hours.

Sources revealed that there is a likelihood that Mian Mujtabah Shujaur Rehman and Khwaja Salman Rafiq would be made provincial ministers.

There is a chance that a member from the Jehangir Khan Tareen Group would be made speaker of Punjab Assembly.

As per the news source, the cabinet members will include the MPAs belonging to the PPP and the PML-N.