'Being Serena' focuses on the life, pregnancy, motherhood and the tennis champion's return back to the court 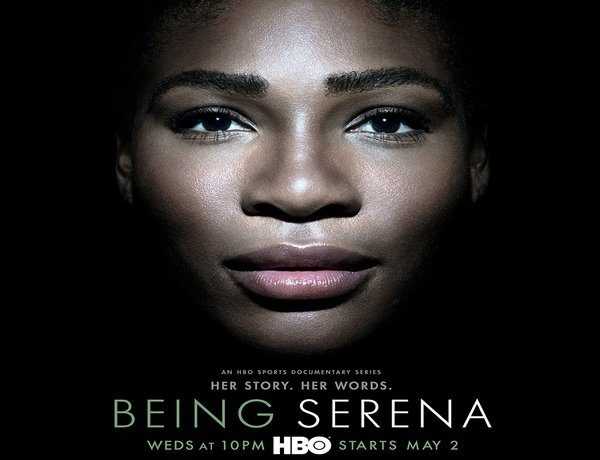 It is produced by HBO Sports and IMG’s Original Content group, which will for the first time provide access to William’s life during her pregnancy, new motherhood and marriage, while documenting her journey back to supremacy on the court.

The tennis star herself will be providing insights of her landmark career, family life and expanding role as a businesswoman and investor in the worlds of tech, fashion, fitness and philanthropy.
Star studded premiere of Being Serena took place in last week of April in New York.

36 years old Serena Williams is one of the most dominant female tennis player world has ever seen, with 39 Grand Slam titles, four Olympic Gold Medals and the most women’s singles match victories in Grand Slam history. Her supremacy on the court earned her Sports Illustrated’s Sportsperson of the Year honors in 2015 and she has been four time winner of the Associated Press Female Athlete of the Year, first in 2002 and recent in 2015. Williams is returning to tennis court after giving birth to a baby girl last year. She is to compete in her first Grand Slam event of the year at the French Open in the month of May.

It was last month on April 10th when HBO aired the documentary exploring the extraordinary life and career of wrestler Andre the Giant,

tweet
Share on FacebookShare on TwitterShare on PinterestShare on Reddit
Saman SiddiquiMay 3, 2018
the authorSaman Siddiqui
Saman Siddiqui, A freelance journalist with a Master’s Degree in Mass Communication and MS in Peace and Conflict Studies. Associated with the media industry since 2006. Experience in various capacities including Program Host, Researcher, News Producer, Documentary Making, Voice Over, Content Writing Copy Editing, and Blogging, and currently associated with OyeYeah since 2018, working as an Editor.
All posts bySaman Siddiqui