Did ‘The Simpsons’ feature Donald Trump in a coffin?

The images of Donald Trump allegedly in a coffin in an episode of "The Simpsons" has been doing rounds on social media. 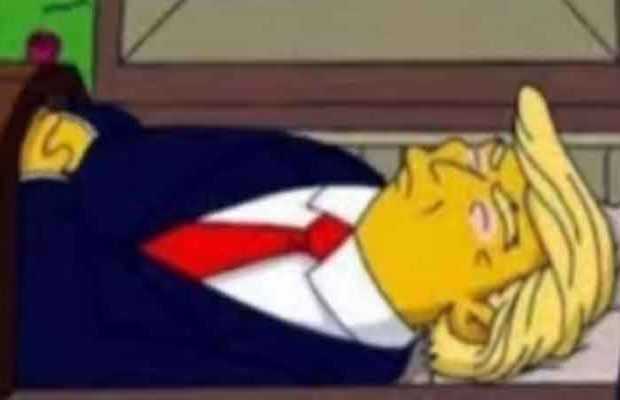 "The Simpsons" has featured Trump before - OyeYeah News
0Share
128Views

Soon after the US President Donald Trump tweeted that he had tested positive for the COVID-19, social media posts started popping up with a claim that the long-running TV show “The Simpsons” had featured him in a coffin.

The images of Donald Trump allegedly in a coffin in an episode of “The Simpsons” have been doing rounds on social media that has been discredited. 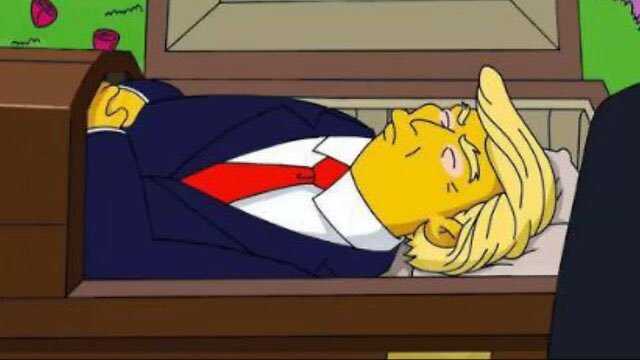 Fact-checking website, Snopes in February 2017 had said that the image did not feature in the long-running show and while its origins are not clear, it appears to have been promoted on the fringe forum website 4chan.

Earlier this year, it was claimed on social media posts that “The Simpsons” predicted Trump would die Aug. 27, 2020, and used that same image of Trump in a coffin.

“The Simpsons” has featured Trump before, but we found no indication that the show aired an episode of him in a coffin.

A former writer for “The Simpsons,”, Bill Oakley, interviewed the Hollywood Reporter in a story published March 2020 that the show gets too much credit for predicting the future and also didn’t like past episodes being used for nefarious purposes.

Oakley told the Hollywood Reporter, “There are very few cases where ‘The Simpsons’ predicted something”.

“It’s mainly just coincidence because the episodes are so old that history repeats itself. Most of these episodes are based on things that happened in the ’60s, ’70s or ’80s that we knew about.”

Donald Trump in his October 1 tweet, told that the first lady, Melania Trump, also tested positive for COVID-19. “We will begin our quarantine and recovery process immediately. We will get through this TOGETHER!”

Donald Trump was hospitalized on Friday after he tested positive a month before the election.

The US president was given an experimental Covid-19 treatment, with reports saying he was “well”.