The two countries are expected soon to exchange ambassadors. 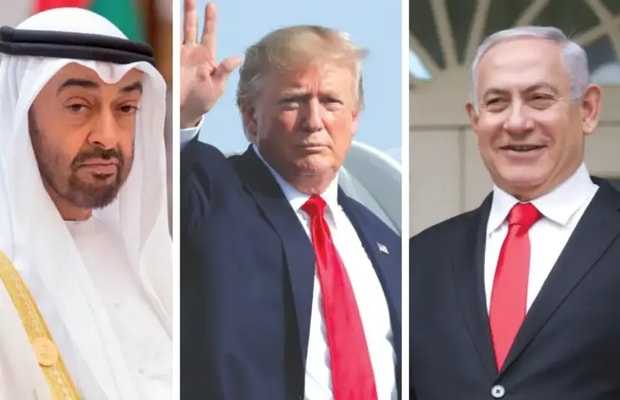 US President Donald Trump on Tuesday announced that Israel and the United Arab Emirates have reached a historic peace deal.

According to the agreement, Israel will suspend applying sovereignty to areas of the West Bank that it planned to annex.

Reportedly, the peace deal was struck after several discussions were held between the officials of Israel, UAE, and the United States. Israeli Prime Minister Benjamin Netanyahu and Crown Prince of Abu Dhabi Sheikh Mohammed Bin Zayed agreed to the terms of the pact on a phone call.

In a joint statement issued by the three nations, it stated the three leaders had “agreed to the full normalization of relations between Israel and the United Arab Emirates.”

“This historic diplomatic breakthrough will advance peace in the Middle East region and is a testament to the bold diplomacy and vision of the three leaders and the courage of the United Arab Emirates and Israel to chart a new path that will unlock the great potential in the region,” the statement said.

“Delegations from Israel and the United Arab Emirates will meet in the coming weeks to sign bilateral agreements regarding investment, tourism, direct flights, security, telecommunications, and other issues”, the statement added.

The statement said that as “a result of this diplomatic breakthrough and at the request of President Trump with the support of the United Arab Emirates, Israel will suspend declaring sovereignty” over areas of the West Bank that were envisioned in the U.S. peace plan unveiled by Trump in January.

“Israel for the foreseeable future will be focused on building this relationship and pursuing all the advantages that can come from having this new relationship with this country, and we also break the ice for doing more normalizations and peace agreements with other regional players as well,” a White House official told Reuters.

tweet
Share on FacebookShare on TwitterShare on PinterestShare on Reddit
Saman SiddiquiAugust 13, 2020
the authorSaman Siddiqui
Saman Siddiqui, A freelance journalist with a Master’s Degree in Mass Communication and MS in Peace and Conflict Studies. Associated with the media industry since 2006. Experience in various capacities including Program Host, Researcher, News Producer, Documentary Making, Voice Over, Content Writing Copy Editing, and Blogging, and currently associated with OyeYeah since 2018, working as an Editor.
All posts bySaman Siddiqui