Larkana continues to top the list of districts most affected by HIV in Sindh with the number of AIDS patients in Larkana rising to more than 2,400. 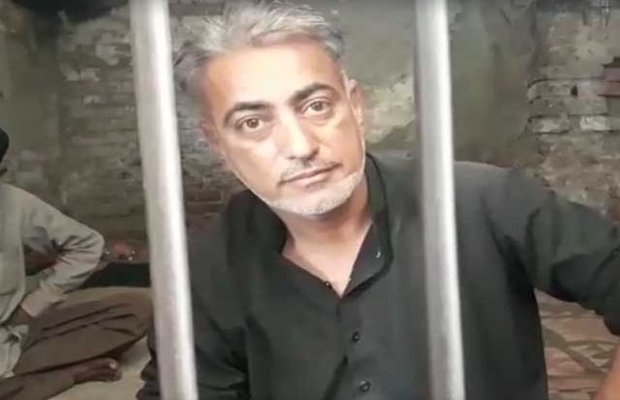 A doctor named Muzaffar Ghangharo has been detained by the police on charges of infecting dozens of his patients with HIV virus in Larkana.

The local doctor has been dealing with HIV-AIDS affected children has been arrested after he was found to be an HIV-AIDS patient, himself.

The Deputy Commissioner Noman Siddiqui, in a suspicion, had ordered to carry out his tests that went positive. A case has been lodged against Dr. Muzaffar.

He was taken into custody on the complaint of Sindh Aids Control Programme and further investigations are being continued.

He is accused of infecting 42 people, including children, with HIV which causes the deadly disease of Acquired Immune Deficiency Syndrome, or Aids.

Dr. Muzaffar, who himself is an Aids patient, works at a public hospital and also runs a private clinic in Ratodero, a small town in Larkana.

It was earlier this month when provincial health authorities were alarmed after the revelation that the number of HIV + cases rose to 39, including more than a dozen children.

Afterward, an inquiry was ordered in which come to light that most of the children who tested positive for HIV had visited Dr. Muzaffar’s private clinic for other ailments.

District Larkana of Sindh faces a drastic increase in HIV positive cases, as 50 HIV+ cases were reported in Ratodero in three months.