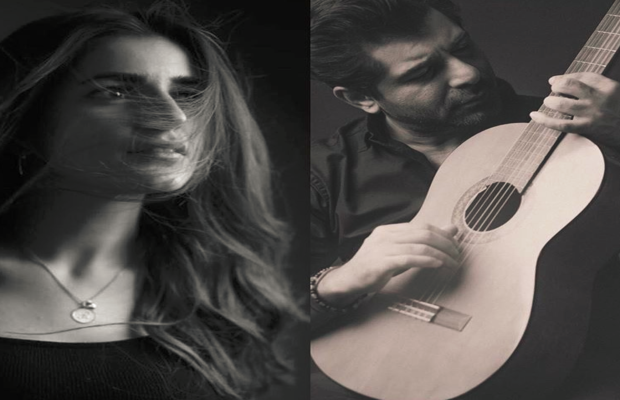 Alif, the much-anticipated drama series is just around the corner from its premiere and latest we get to hear is that OST of drama is coming out soon.

The OST is composed and written by none other than Shuja Haider also features singing sensation Momina Mustehsan.

Motion Content Group which has given a recent hit Laal for Pakistan Navy which aired on Geo is extremely excited for revealing their signature project of the year, Alif.

Drama is going to be power packed package having Umera Ahmed the writer of the series, and we all know that her scripts always have a spiritual, but realistic approach towards them.

Alif is being directed by Haseeb Hasan, with the stellar cast including Hamza Ali Abbasi, Sajal Aly, Ahsan Khan, Kubra Khan, Manzar Sehbai, Saleem Mairaj, Lubna Aslam and many others.

And definitely keeping all the A-list ingredients for the grand production OST has to be the component adding more to it.

While talking to OyeYeah, Shuja Haider shared his experience for doing OST for ALif.

“Pain and disappointments teach you some valuable lessons, Alif has inspired me to write and sing a song that has a powerful message”, says Shuja Haider.

So hold your heart, Alif OST will be launching soon it could be available around Eid, and the as Drama nears its airing date.

tweet
Share on FacebookShare on TwitterShare on PinterestShare on Reddit
Saman SiddiquiJune 3, 2019
the authorSaman Siddiqui
Saman Siddiqui, A freelance journalist with a Master’s Degree in Mass Communication and MS in Peace and Conflict Studies. Associated with the media industry since 2006. Experience in various capacities including Program Host, Researcher, News Producer, Documentary Making, Voice Over, Content Writing Copy Editing, and Blogging, and currently associated with OyeYeah since 2018, working as an Editor.
All posts bySaman Siddiqui