All hostages that were being held in a Texas synagogue are out and safe, Texas Gov. Greg Abbott said 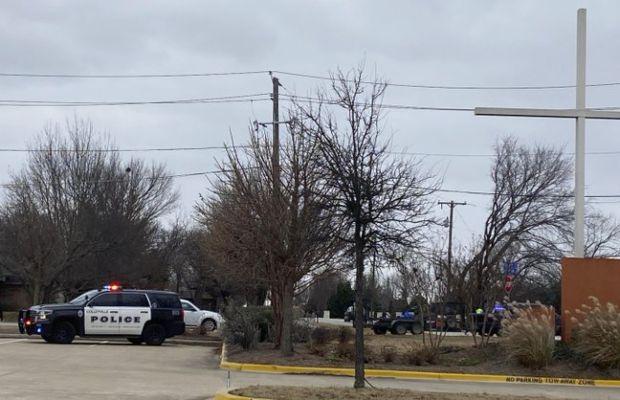 The hostage situation at a Synagogue in Texas on Sunday has been resolved after 12 hours.

The kidnapper identifying himself as the brother of Dr. Afia Siddiqui has been killed.

The man who raided the synagogue during the Sabbath services claimed that he was Aafia Siddiqui’s brother and demanded her release.

According to media reports, all hostages were safely released from a Colleyville, Texas, synagogue after a twelve-hour standoff and the hostage-taker was killed.

All hostages that were being held in a Texas synagogue are out and safe, Texas Governor Greg Abbott said in a tweet

All hostages are out alive and safe.

“The four hostages are unharmed, and the hostage-taking is not part of an ongoing threat,” the Dallas office of the US Federal Bureau of Investigation said.

The hostages included a rabbi, the official notified.

The suspect had entered the Congregation Beth Israel at the time when the synagogue was live-streaming its Sabbath morning service on Facebook.

The live stream appeared to capture part of the incident before it was removed from the FB.

Law enforcement officials told CNN they reviewed the stream and used it to gather clues on the incident and the individuals involved.

On the other hand, the attorney who represents Dr. Siddiqui in a statement to CNN said that she (Dr. Afia) has absolutely no involvement with” the hostage-taking and the perpetrator was not Siddiqui’s brother.

“She does not want any violence perpetrated against any human being, especially in her name,” Marwa Elbially told CNN in an on-call conversation.

“It obviously has nothing to do with Dr. Siddiqui or her family.”

“Whoever the assailant is, we want him to know that his actions are condemned by Dr. Siddiqui and her family,” Elbially said. “We implore you to immediately release the hostages and turn yourself in.”

tweet
Share on FacebookShare on TwitterShare on PinterestShare on Reddit
Saman SiddiquiJanuary 16, 2022
the authorSaman Siddiqui
Saman Siddiqui, A freelance journalist with a Master’s Degree in Mass Communication and MS in Peace and Conflict Studies. Associated with the media industry since 2006. Experience in various capacities including Program Host, Researcher, News Producer, Documentary Making, Voice Over, Content Writing Copy Editing, and Blogging, and currently associated with OyeYeah since 2018, working as an Editor.
All posts bySaman Siddiqui