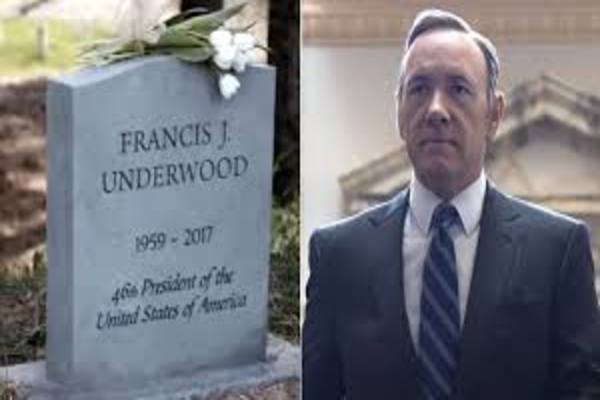 According to a new trailer for season 6 of the world famous Netflix show, Kevin Spacey’s House Of Cards character has been officially killed off. The new trailer of upcoming season was shared by Netfilx which shows Robin Wright, who plays Spacey’s screen wife Claire, standing by Frank Underwood’s grave and delivering a few emotionless words.

You should have known. pic.twitter.com/UFGplyDSY1

The show is returning to Netflix with the sixth season. It will be released on 2 November and will consist of eight episodes rather than  13 episodes, like previous seasons. This new trailer does not give any details about the death of Frank Underwood. But Netflix has said that the sixth and final season will be focusing on Wright’s devious character, who became US president at the end of season five. 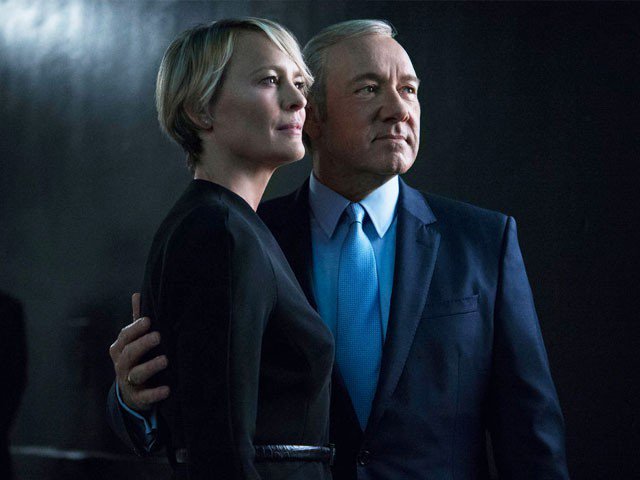 Kevin Spacey was dropped from the series last year, following claims of sexual misconduct or inappropriate behavior. More than 30 people have made allegations against the Oscar-winning actor. The production of the show was reported to be stopped last year when these allegations surfaced.

tweet
Share on FacebookShare on TwitterShare on PinterestShare on Reddit
Saman SiddiquiSeptember 7, 2018
the authorSaman Siddiqui
Saman Siddiqui, A freelance journalist with a Master’s Degree in Mass Communication and MS in Peace and Conflict Studies. Associated with the media industry since 2006. Experience in various capacities including Program Host, Researcher, News Producer, Documentary Making, Voice Over, Content Writing Copy Editing, and Blogging, and currently associated with OyeYeah since 2018, working as an Editor.
All posts bySaman Siddiqui