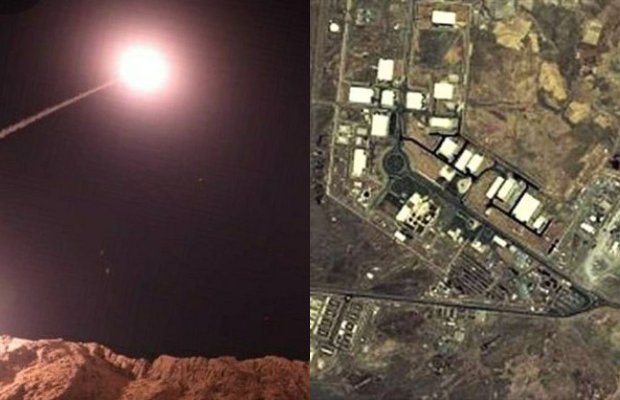 A huge explosion was heard around Badrud, 20 K.M from Iran’s Natanz nuclear facility on Saturday evening.

According to the start media, Iran tested its missile defense system near Natanz nuclear facility.

Following the explosion, bright light was reported to be seen in the sky near the Natanz facility in the Badroud region.

While no official source has yet confirmed or denied the report.

‘No exact details are available about this,’ the semi-official Fars news agency quoted the local governor of Badrud as saying.

Fars news says a bright light has been seen in the sky. While a reporter said that an unknown drone has been shot down.

The development comes as talks concerning a return to the JCPOA nuclear deal are currently being held in Vienna between Iran and world powers.