The incident took place in DHA area of Lahore 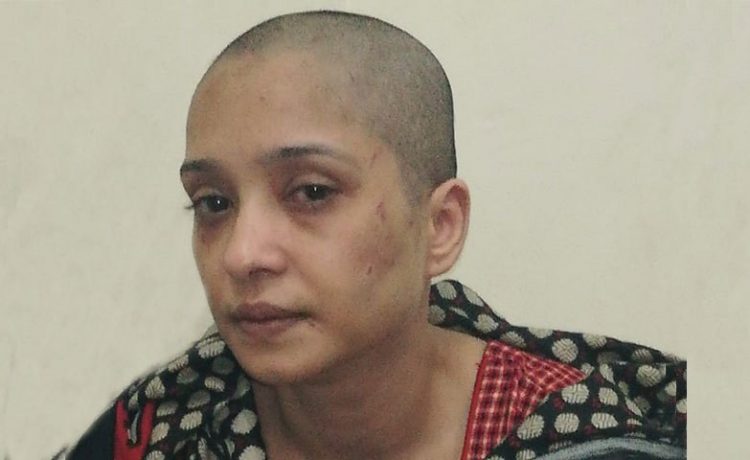 Two men in Lahore were arrested on charges of torturing one of the suspect’s wife over her refusal to dance and entertain his friends.

As per the FIR registered, Asma Aziz’s husband and two of his friends tortured her when she refused to dance for them. The incident took place in DHA area of Lahore.

A video of Asma who appear visibly battered and bald has gone viral on social media.

Asma is seen talking and sharing that her husband took off her clothes in front of his two employees. He used to hit her and this time he told he would hang her naked to the fan. Asma alleges that her clothes were bloody and she was beaten with a pipe.

Asma also said that when she went to the Kahna police station to file an FIR, she was asked for money instead of being provided with her FIR number or her medical examination.

Taking notice of the allegations, Superintendent Model Town Muhammd Ali Wasim instructed the DSP Model Town to provide him a report after investigation.

After the news was reported, Minister for Human Rights Shireen Mazari tweeted at she had taken notice and looked into the case. “My office was informed by station house officer of police station Kahna, Lahore: Police has registered FIR and arrested both accused and booked under sections 337(v) and 506. Medical report of the woman is awaited. One of the arrested is her husband.”

Asma has now appealed to people for help. She claims that both her parents are dead and she has no place to go or food to eat.