‘I am getting more dangerous with every passing day’, Imran Khan 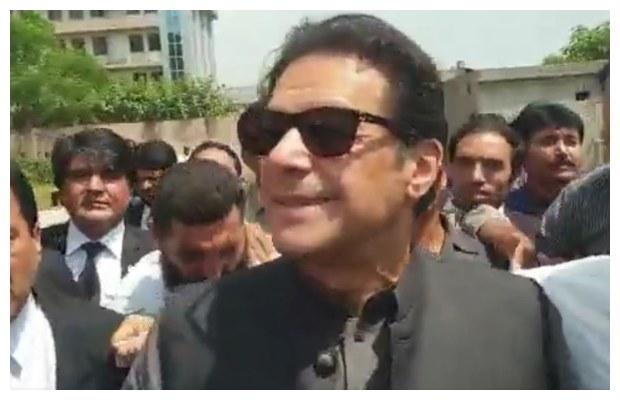 ‘I am getting more dangerous with every passing day, stated Pakistan Tehreek e Insaaf (PTI) Chairman Imran Khan on Thursday.

Imran Khan appeared in the Anti-Terrorism Court on terrorism charges for threatening a woman judge and police officers.

The ATC has extended Imran Khan’s interim bail till Sept 12 in the terrorism case pertaining to his controversial remarks about the female sessions court judge Zeba Chaudhry and the capital city police.

The court directed the ex-prime minister to submit Rs100,000 as surety against the bail.

In response to a journalist’s question, the former prime minister said that I am becoming more dangerous with every passing day.

However, the PTI leader ducked bouncers by the reporters bowled at him outside ATC!

“You said decisions are influenced. Who did influence this decision today?” a journalist questioned Imran Khan.

Imran Khan, however, avoided to answer to the question and said that he had become more dangerous than before.

“What do you say about the diamond necklace?” another journalist bowled a bouncer.

Another reporter questioned him whether he would visit Shahbaz Gill in jail, but Imran Khan refrained from answering.