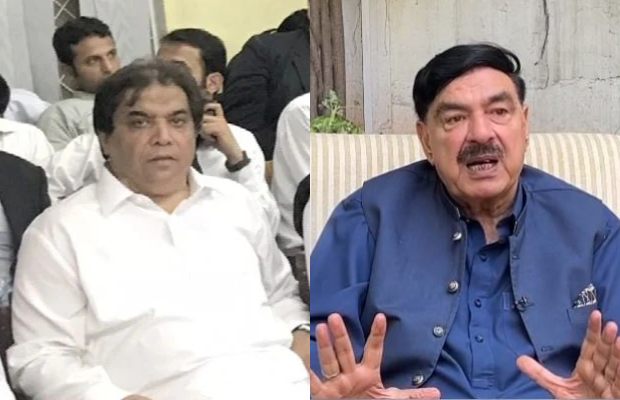 The development comes as Sheikh Rasheed approached Islamabad Highcourt after the newly appointed SAPM announced a reward of Rs50,000 to anyone who brought him Rashid’s wig.

Former interior minister Sheikh Rashid who appeared before the court was summoned to the rostrum by IHC CJ Athar Minallah and regretted the accusations made against courts at public gatherings.

“Do you and your ally PTI have confidence in the Islamabad High Court?” the IHC CJ asked.

“Maybe PTI does not trust the court. Political statements are made at rallies questioning why courts opened at night. It is said that the courts open at the behest of someone,” IHC CJ said.

“If Imran Khan does not trust the IHC, I apologise as the CJ and will send the case over to another court,” said IHC CJ Minallah.

CJ added that there are other courts and judges who can hear his cases as it is important to have trust in the court.

Justice Minallah said that the important and big cases are pending in the high court as the cases of missing persons and Baloch students.

“Sheikh Sahab, these courts are for everyone,” CJ said, to which Sheikh Rasheed replied, “right sir”.

Sheikh Rashid said he has approached the court because he has trust in it, to which Justice Minallah replied that the court will hear his petition if he has faith in it.

The IHC CJ once again referred to statements made at political rallies against the court.

CJ Minallah pointed out that it was said [at the rallies] that the courts are not independent.

“Your lawyers must have told you that there are rules and the chief justice can take up a case at any time,” CJ said.

The hearing has been adjourned till May 17.