Trudeau has been in self-isolation since his wife Sophie contracted coronavirus last month. 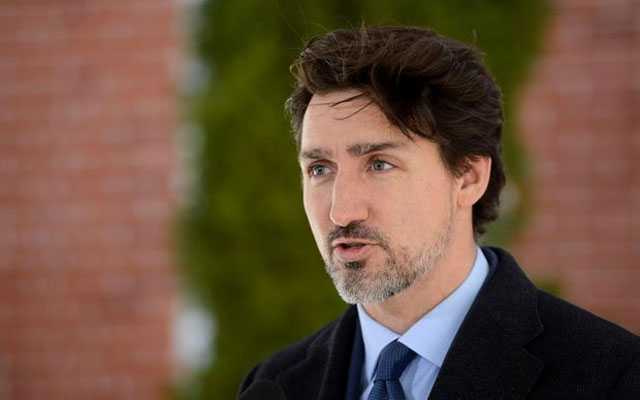 Canadian Prime Minister Justin Trudeau on Monday said he would try to keep working from home “as much as possible.”

Trudeau has been in self-isolation since his wife Sophie contracted coronavirus last month.

“I’m planning on returning to the office in the coming days, but my work will be continuing overwhelmingly from home,” Trudeau said during his daily news conference outside Rideau Cottage, his official residence in Ottawa.

“I’m going to continue working from home as much as possible,” he said.

“That is what we are asking everyone to do. We are asking people to stay at home if it’s possible, and, as we showed in the last three weeks… working from home has been very good in this situation,” he added.

Trudeau further said, Canadians “should expect to continue staying home for at least a few more weeks, even a few months,” stressing that any decisions would depend on “models and predictions.”

“Let’s stay at home, continue this period of self-isolation and social distancing, that is the best way of getting out of this as quickly as possible,” he said.

He also said that the Canadian parliament, which has been suspended for three weeks, would most likely have a “virtual” session in the coming days to allow as many lawmakers as possible to join debates on pressing laws that need to be adopted.

On March 28, Trudeau’s wife Sophie Gregoire announced that she had recovered from COVID-19.

Sophie then left Rideau Cottage with the couple’s three children to stay at an official residence in the countryside.