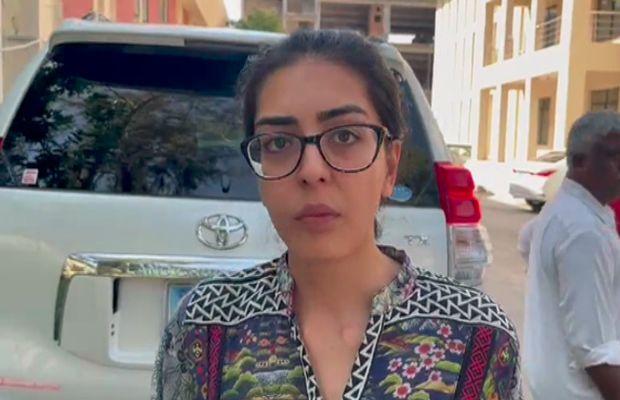 Imaan Mazari-Hazir gets pre-arrest bail in an army ‘defamation’ case on Friday.

Daughter of former Human Rights Minister Shireen Mazari and lawyer herself, Imaan has been booked in a defamation case.

Her pre-arrest bail application was filed by Advocate Zainab Janjua at the Islamabad High Court.

The bail was granted by IHC Chief Justice Athar Minallah after hearing the application.

On Friday, a case was registered against Imaan Mazari alleging her for making derogatory statements against the Pakistan Army and Chief of Army Staff Gen Qamar Javed Bajwa.

A first information report (FIR) was registered against Mazari-Hazir at the federal capital’s Ramna police station under Section 505 (hate speech) and Section 138 of the Pakistan Penal Code.

The complaint against Mazari-Hazir was registered by Lt Colonel Syed Humayun Iftikhar on behalf of the Judge Advocate General, General Headquarters (GHQ).

According to the application seeking the registration of the FIR, Mazari made a “derogatory and hatred [sic] statement on May 21, the day when her mother Shireen Mazari was arrested, ” against Pakistan Army and its chief General Bajwa.

Mazari “abused the senior military leadership of the Pakistan Army”, the application stated as it sought registration of a case against Mazari.

“Her derogatory statements are highly disparaging aimed to cause and incite mutiny/intimidation amongst ranks and file of [the] Pakistan Army,” it stated.

“It also leads to ridicule and creates hatred within the Pakistan Army which made out [sic] a serious offense,” it added, alleging that  Mazari also defamed the senior military leadership as these “statements, made with the intent to cause and create unrest and chaos in the Pakistan Army” which is a “punishable offense”.

“There are reasons to believe that such act [sic] will harm the reputation of [the] army and senior leadership,” it added.

The application has sought legal action against Mazari for an offense against the state.

tweet
Share on FacebookShare on TwitterShare on PinterestShare on Reddit
Saman SiddiquiMay 27, 2022
the authorSaman Siddiqui
Saman Siddiqui, A freelance journalist with a Master’s Degree in Mass Communication and MS in Peace and Conflict Studies. Associated with the media industry since 2006. Experience in various capacities including Program Host, Researcher, News Producer, Documentary Making, Voice Over, Content Writing Copy Editing, and Blogging, and currently associated with OyeYeah since 2018, working as an Editor.
All posts bySaman Siddiqui